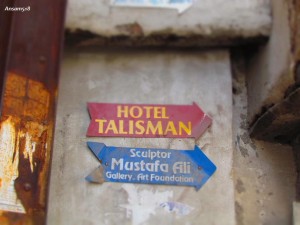 Walking around the old alleys in Old Damascus never gets old! Every day I discover something new… thanks to my friends there, I dropped by Hotel Talisman 😉 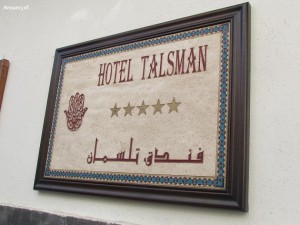 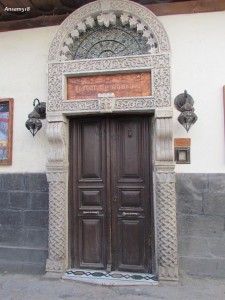 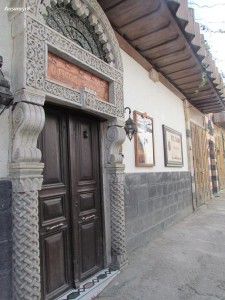 There were few golf cars parked outside, for that its a narrow road and cars cannot get in… so the golf cars are used to transfer guests, specially when arriving or when checking out… taking them to main roads 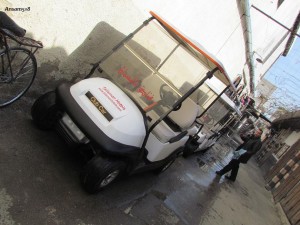 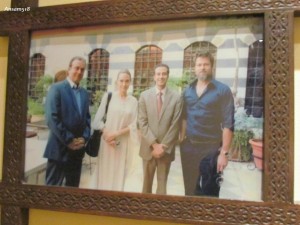 The staff were very welcoming and did not mind me coming in just to take pictures of the place… as a matter of fact, the manager at the front desk gave me the grand tour… at the entrance they have so many pictures of celebrities who have been to this hotel, like Brangelinas above 😉 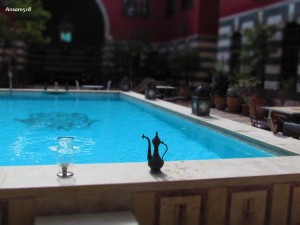 As you can see its an old typical Syrian house turned into a hotel… like many old houses/palaces in the area, and they’ve done an AMAZING job! The traditional Syrian courtyard houses are known to have fountains in the middle, but here they turned it into a beautiful swimming pool… very nice surroundings and calm atmosphere 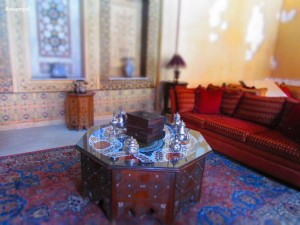 Typically those houses consist of AlSalamlak, which is the main living areas of the house itself, used for the main activities of the house such as men gatherings and hosting guests… here the rooms were turned into lounges for the hotel guests 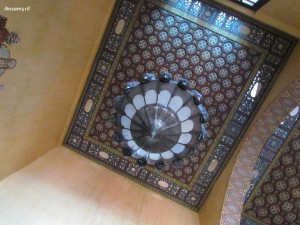 I do appreciate this kind of art and interiors very very much! 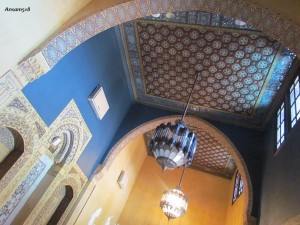 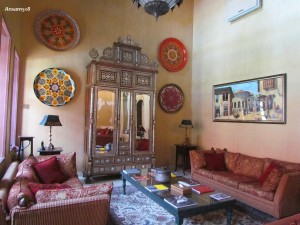 An old door turned into a table in very artistic way… matching the surroundings, yet adding a hip touch to the place 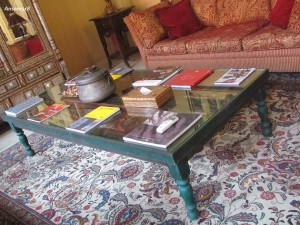 This below is called the liwan, its an open seating area with covered high ceiling top…. the way its done, raised platform, gives you a a place to sit in while enjoying the beautiful artistic architecture of the house itself 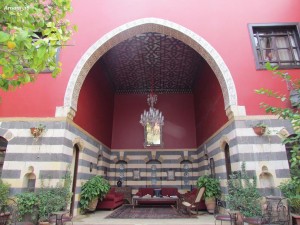 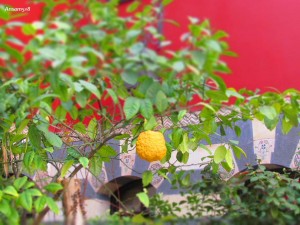 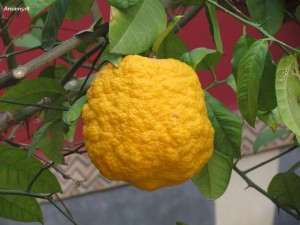 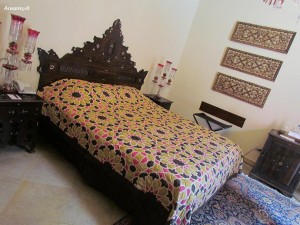 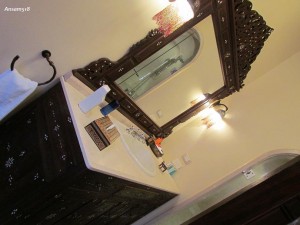 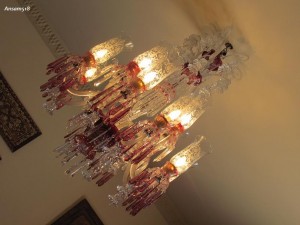 I also got into one of the suites, but couldnt take pictures inside it cuz it was getting fixed/cleaned… but snapped a picture from the window of the swimming pool from top 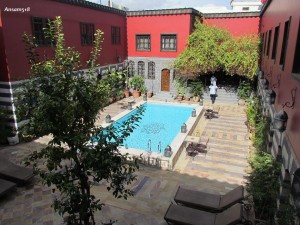 Also the houses in Syria have doors with corridors that takes you from one area to the other… like a door from Salamlak to Haramlak, and the latter is the ladies part of the house… with similar architecture but mostly in different size… in the hotel its turned into more and more rooms 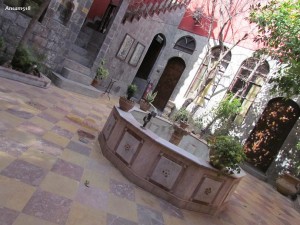 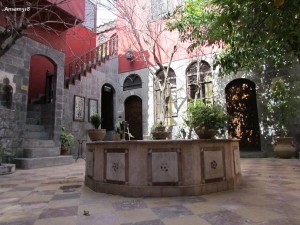 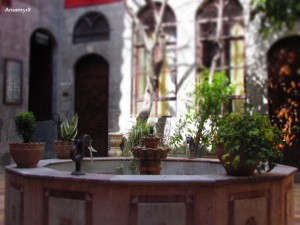 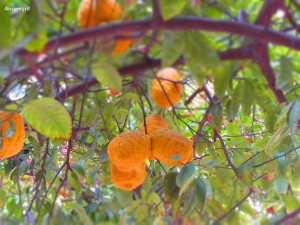 Such a nice hotel to stay in… though I wonder how the atmosphere is at night with the hotel being in the middle of the old alleyways… but all in all, I liked the atmosphere… maybe of the areas outside more than the rooms, which means if I visit it again, I may go to my room only to sleep.. and spend my day all out and when in the hotel I would be sitting in the lounges or liwan… or the cafe inside! Its beautiful 😀

For more, you can check their official website here.