It was around 7:30PM and I was craving Mac & Cheese… I tweeted about it and asked @TidbitDuJour of a recipe they posted about a while back… they sent me the link to the recipe and I immediately went to the kitchen!
I just wanted classical Mac & Cheese…. so I did some modifications, such as using more milk and taking away the burger/tomato out 😉 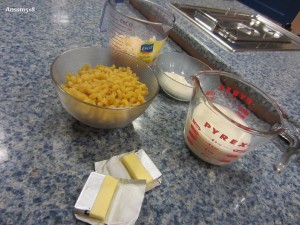 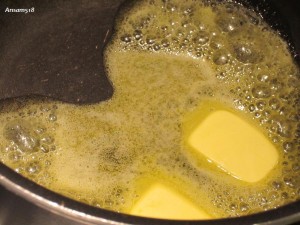 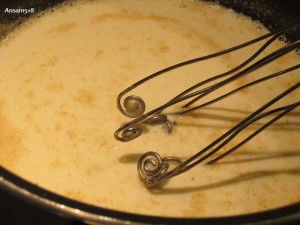 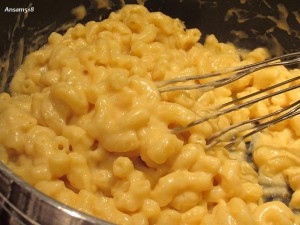 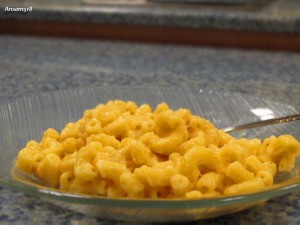 Now what does the title of this post have to do with my dinner? Well this is how it all started.. I tweeted my cravings, and things just got heated up starting with @PurgaNation who also claims that he have been craving it for months! Chef @ahmedalbader suggested I try @Pizzetta_ ‘s but I was too lazy to drive! I headed to the kitchen and to my luck I had all ingredients except for cheddar cheese, I only had cheese mix which was fine… @3baid got into the conversation while I was tweeting and cooking -make sure to fasten your safety apron- LOL! Shortly after we were joined by @Z_District who was also craving it like crazy! I was just having fun tweeting with pictures and talking about Mac & Cheese on Twitter.. yeah teasing everyone there! I know, I’m just evil like that 😛 #Guilty

I called @AnfalRad1, my sister, and asked her to join me in the kitchen, she was like “Man! I wanted to skip dinner… but wont say no for Mac & Cheese”… few minutes later I got a tweet from her friend @JulesAlM asking about my pictures LOL

The tweets and comments were just so much fun… I honestly needed to have fun – it was a long hectic day for me 😉 I was getting more tweets… some were funny too! @q8girl11 was like “Becareful, all eyes on you” AKA “el3ain 3alaich latqisseen” LOL 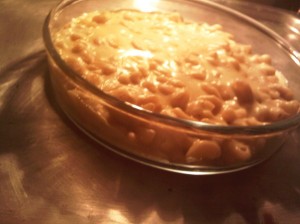 @TheDietNinja posted about his “approved” Mac & Cheese here! LOL this was one helluva contagious Mac&Cheese tweet yesterday 😉 I am proud 😛

Swera made one too the next day 😉 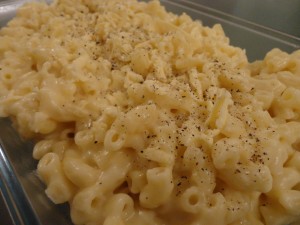