We were booked for our trip to Florence, Italy, at Hotel Leonardo Da Vinci. As soon as I was given the name I googled it and read the reviews and had mixed feelings about the hotel! It did not look like the best choice (So I prepared Plan B which was staying at a different hotel if I did not like it much) 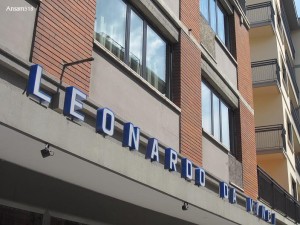 As soon as we arrived and as soon as I saw the hotel I was like *gulp* Lets not judge a book by its cover! 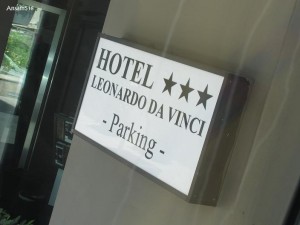 The hotel is a three star, which is something I avoid, specially when in Europe! Four Stars or more is always my choice! But hey! I am with a group and I did not want to sound like the spoiled little brat!!! At the reception, we were received with smiles… the staff were full of smiles and were very welcoming, but to get to our rooms with our luggage was somewhat a self service… which I would not really mind if it wasnt for the stairs… Yes, I had to carry my bag few stairs up to get to the elevator 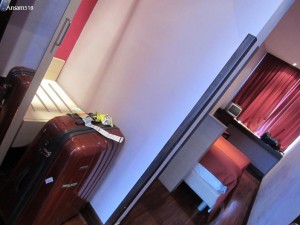 The rooms were a joke! I wish I have taken more pictures of other rooms! The one I stayed in looked like a corridor turned into a room! It was very narrow and very suffocating! It smells like cigarettes when its supposedly “NON-SMOKING” hotel!! 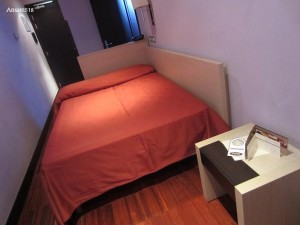 I dont really know if you can tell how small and narrow it is from the pictures… even the bathroom, which you kind of have to go in entering it sideways if you know what I mean! 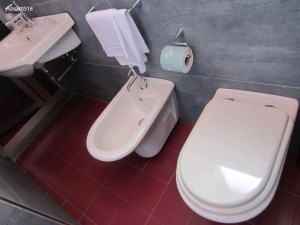 But it was fully equipped for the guests I guess!!! 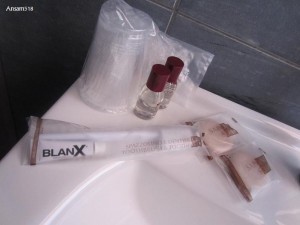 Some of our group member stormed out of the room and went to the reception to complain! Some rooms had mosquitos, mine smells really bad, others have worn out furniture and door knobs that are so loose that they end up in your hand when you try to open’em up! How bad is that 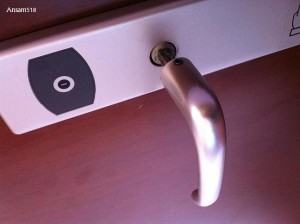 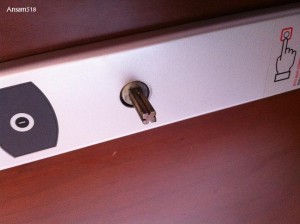 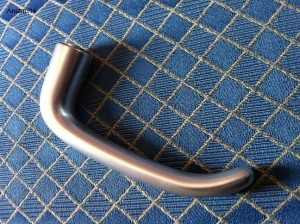 So okay, we were upset and disappointed because the team who booked the hotel for us were under the impression that the rooms were not THAT bad… and were fooled by the pictures on their site and their brochures! Did the reception team take it well? NO! They were so rude about it they refused to even to call their manager explaining that he/she does not speak English! We were refused to speak to the manager!!! Seriously??? And they were like walk us through your rooms and explain your problems one by one

Their reaction to having mosquitos and door knobs falling:  “Its NORMAL!” Normal? Come on!!!

The smell in my room: “We tell our guests its a non-smoking hotel, but they smoke anyways… what can we do?” And when we suggested that it should be cleaned and have the windows open and let some fresh air in and use whatever detergents to take away the cigarette smell they say “Please do not tell us how we are supposed to clean the rooms”

It was bad… one of the team members said we are not staying a day more in this hotel and we want our money back! So its just one night! Next day at around 10 when we were in the lobby, one of the receptionists screams from the top of her head to our tour guide asking her that we all have to check out by 11:00AM! In front of all the guests in the lobby! Nice move! How polite

Oh and speaking of the reception, I did not like their worn out furniture

Other than that… Some areas of the hotel had some nice touch ups… like this snack bar! 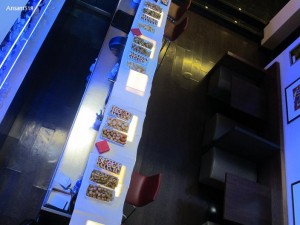 The breakfast was okay, nothing special but it was good… lots of jams, cheeses, bread selection, and scrambled eggs with some deli cuts… in addition to variety of coffee drinks and juices 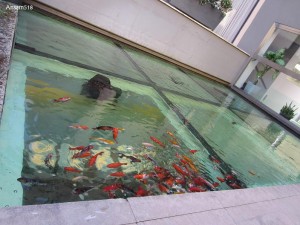 The outside area had some sort of a man-made lake with Japanese koi fish in it that swims towards you with open mouth every time you approach them LOL – hint hint FEED ME! 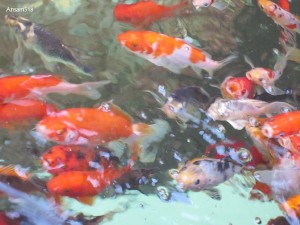 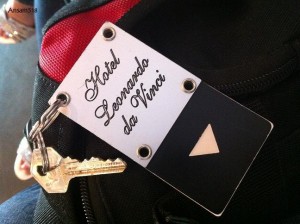 In the end, I strongly believe in such situations… you get what you pay for 😉

This entry was posted in REVIEWS and tagged Hotels, Review, Services. Bookmark the permalink.