The Proteges at UNDP

I was invited by both, the United Nations Development Programme (UNDP) and The Proteges to attend a lecture presented by UNDP to The Proteges followed by interactive lecture! 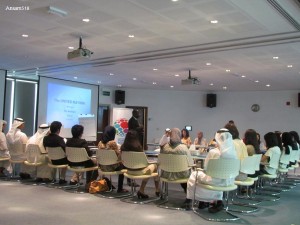 The day started with a presentation given by Dr. Adam Abdelmoula, The UNDP Representative 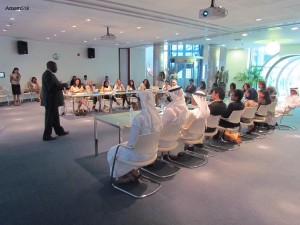 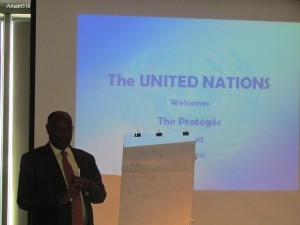 This presentation was followed by another one given by Ms. Mai AlEssa, who is a very dear friend of mine! 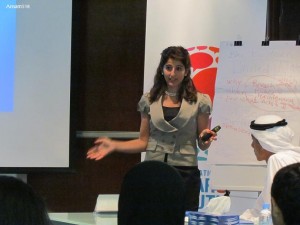 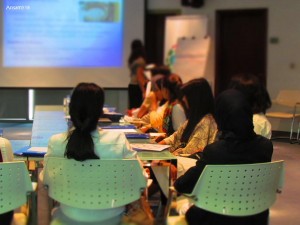 Then the UN Team along with The Mentors/Counselors divided the proteges into teams… each representing a country to form some sort of a model to see how they would react to an “Alien Attack” – it was SO MUCH FUN! I enjoyed it to bits and bits 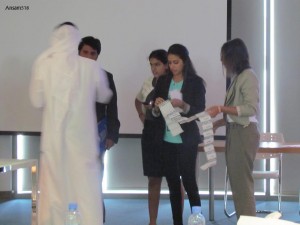 The students took part into the discussion panel… each country representative got the chance to speak! It was amazing! The students were fabulous! Their reaction was priceless! I was really happy that I made it that day to this lecture! 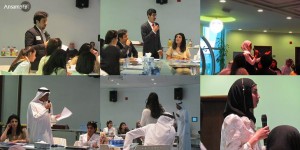 They engaged into public discussions – each country representing its agenda, as well as some side-talks here and there 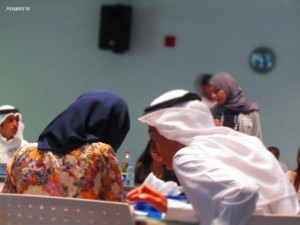 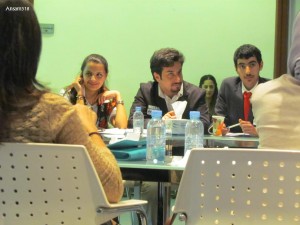 They were given time to write up whatever they can come up with… from their personal views, background, and the information they got from the presentations given to them earlier! 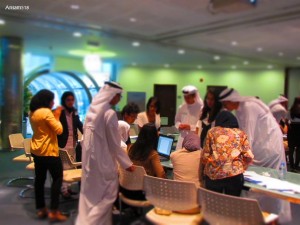 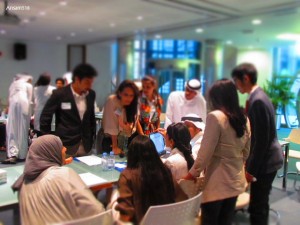 I really liked the fact that the mentors who were present that day watched from afar! They did not want to influence them into their decision making! But look at them… they were enjoying it as much as I was 😉 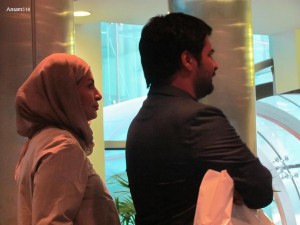 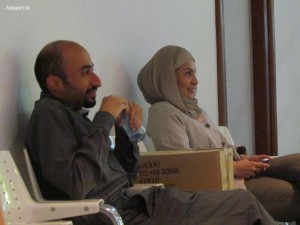 The lecture was wrapped up then by Mr. Nasser AlQatami, the UNDP Communications Specialist… and at the end everyone was given branded mugs from UNDP 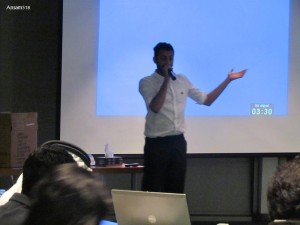 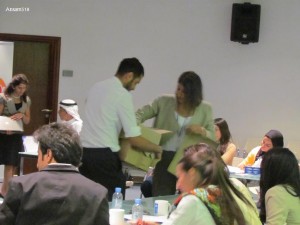 Including moi 😉 Thanks UNDP 😀 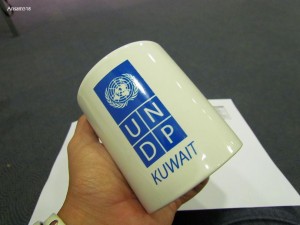 Before everyone left, we gathered in the lobby for a group picture 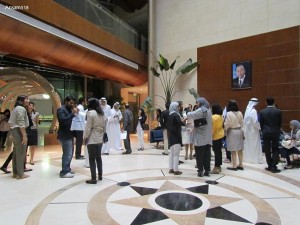 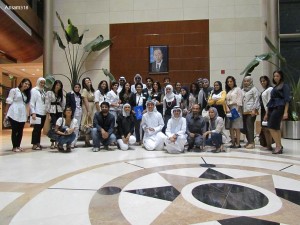 Also, the UNDP is doing a Youth Focus Group Study for the UNDP Youth Programme Pilot Study for RAP 2011. They are looking for young Kuwaitis (15-30 years) to participate in a focus group study about the issues that concerns their development. Please contact Ms. Jawaher Ali Redha at 97100055 if you would like to take part in the discussions 😉

PS: Thanks Nasser H. and Dhari M. for helping me with the picture taken in the beginning 😉 I really appreciate it 😀

This entry was posted in General and tagged Causes, Education, Program. Bookmark the permalink.

4 Responses to The Proteges at UNDP