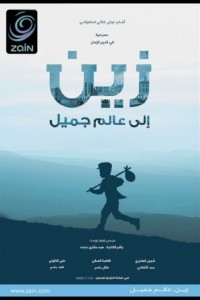 I was invited by Zain Telecom Social Media Team (special thanks to Mr. Mohammed AlMuhaini) to attend the final rehearsal of their musical play “زين إلى عالم جميل “ which translates to “Zain to Wonderful World”, an event very exclusive to bloggers with a couple of their family members… Mohammed AlMuhaini specifically asked me to bring Zain, my niece after reading my post about her reaction to Noman and Malsoon + Iftah Ya Simsim Ad (link)

Here is the TVC for the play that was playing lately a lot on TV and somewhat the songs/lyrics got stuck in my head…. 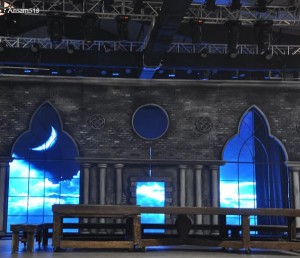 The show was scheduled to start at 3:ooPM yesterday, so I went in a bit early to get a good seat 😉 It was semi-empty when I got there, so I picked a row in the front middle! Let me tell you this… the effects uses were amazing, although we were told that this wasn’t the final look and there are more touches to be added and images too! But check out the picture above, it shows that its night-time…. the sun rose afterwards (picture below) and the show starts… I wouldn’t want to spoil the story for you but its Oliver Twist-inspired and its so beautiful! 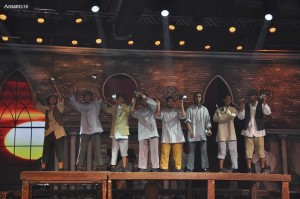 As mentioned above, the play is musical… and its all in classical Arabic language! The performance of the cast was way above my expectations as those kind of plays are not common here, so it was magnificent! 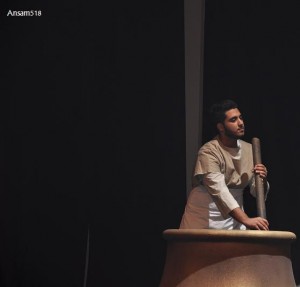 Though it was all play-back (lip-sync) performance and I wonder if it will be the same when the official show starts? Would be really amazing if it was live and not play-back (maybe because they’re fasting? I’m not sure) nevertheless, they did a brilliant job! 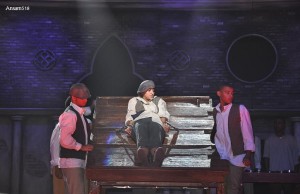 Shuji was the star of the show… she is loved by so many mashallah! Her performance was amazing, her moves, facial expressions…. just fabulous! 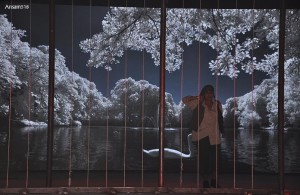 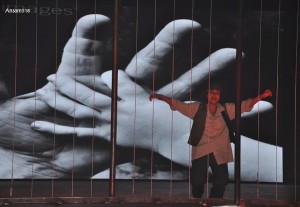 Not to mention the sound effects, 2D & 3D effects, the lyrics… it was all good! Check out the 2D effect in the scene below, which is of her running in the woods! Nice – loved it 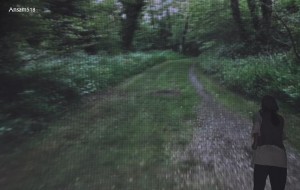 And the one below is a 3D…. A train comes in (and with the sound effects too – adds to the whole scene)… 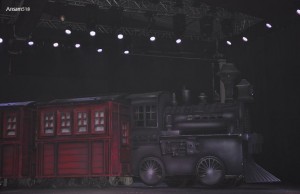 Later the compartments of the train breaks into three stall shops 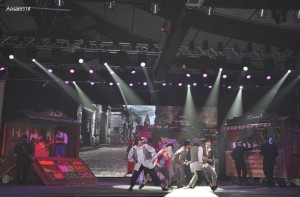 And I’m telling you…. the smoothness and movements from one scene to the other is just amazing and fast! 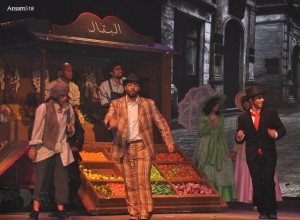 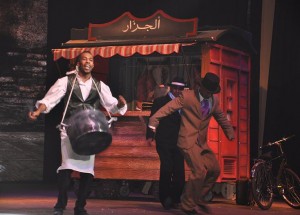 And here is Ali Kakooli…. who’s performance on stage SHOCKED me!

To be quite honest, I never knew his name before this play, and I have seen him a couple of times on the TV screens in local series (I dont watch much of’em anyways… so I cannot really judge) but on stage he was AMAZING! He was so into his characters, his performance was outstanding…. 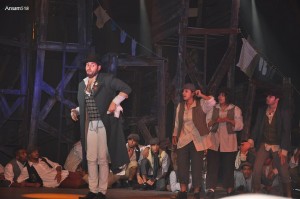 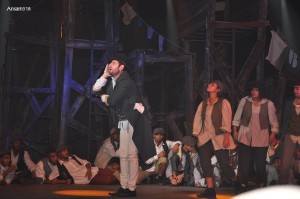 Check out this clip shot by 7ajiDude to have an idea of what I mean (both him & Shuji’s performance on stage – specially at time 0:40 LOL just love it) 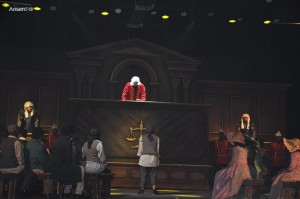 Do you see how much they paid attention to each scene and the 3D + decoration in each scene!! 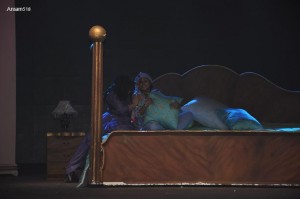 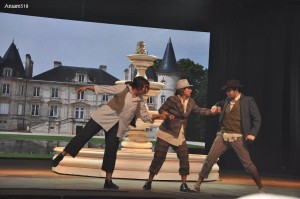 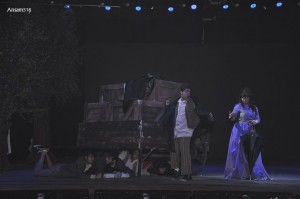 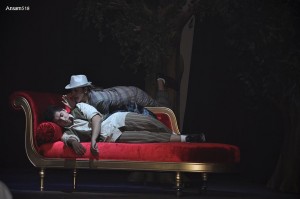 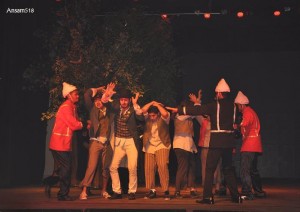 The closing scene was very nice too… A job well done 😀 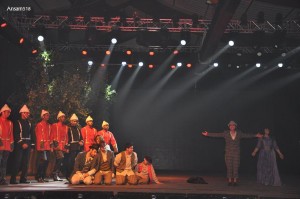 The play was written by Heba Hamada (which I believe was her best work ever – and of a high standard and quality) and a lot of Zain’s medleys were embedded into the play (previous ads by Zain)… juts perfect. The stars of the play were: Shujoon AlHajeri – Fatima AlSaffi – Ali Kakooli – Hamad Ashkanani

If interested, you can book tickets on location at the Ice Skating Rink – where the play will take place starting first day of Eid AlFitr (and for 10 days)! You can also call 90007773/4 for more information 😀 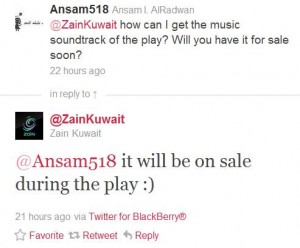 This entry was posted in REVIEWS and tagged Music, Musical, Play, Review, Shows. Bookmark the permalink.