Last June I posted about the Planking Craze that I came to know about from my nephew! Shortly after, I discovered that my cousin’s son in Dubai was the star of planking! 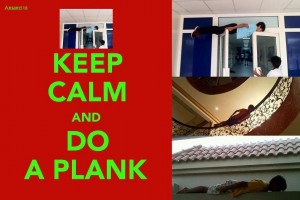 He actually created an album on Facebook for his planking shots! Funny! His birthday was yesterday and his family surprised him with a unique cake <3 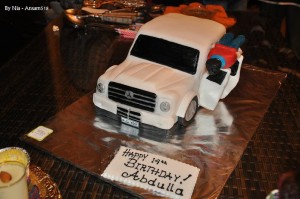 Him planking on his dad’s cake…. Hilarious! Love the idea!

Anyone caught on the planking craze????? Besides my nephew and Abullah?

This entry was posted in General and tagged Funny, Trends. Bookmark the permalink.

One Response to Abdullah Planking Craze