This isn’t a new event… but I just realized that both Cheryl Cole and Haifa Wahbe wore that same Roberto Cavalli strapless tulle dress on two different occasions. I dont even know who wore it first, but Cheryl worked her look with big de Grisogono jewelry bubbly pieces and had her hair pulled back in a clean messy carefree way. She also held a black clutch with it but I cannot tell what shoes she wore with the dres – which by the way fits her tiny figure just right 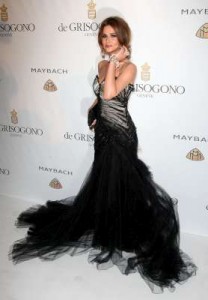 Haifa Wahbe, on the other hand, wore that same dress with her hair in half up-do style… she wore lots of bracelets in one hand, matched the dress with a black clutch and nude open toe heels! She has a fuller figure! 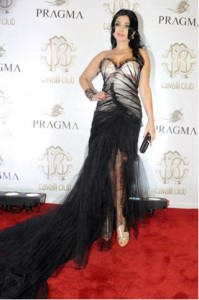 Now tell me… who wore it better? I’d vote for Cole!

This entry was posted in General and tagged Celebrities, Fashion, Questions, Seeing Double. Bookmark the permalink.