I know I know… its been a bit while since I updated you with The Proteges Nepal Trip! But I still have few days to cover and share with you! Here is Day 4 😉 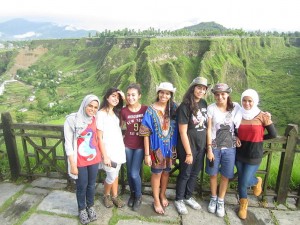 Out of all the good times that the Proteges have spent in Nepal, this day was probably the most eventful one…. hectic but really entertaining. The day began when the students felt their craving to the junk food they brought along, the food that Mentor AlMajed took away from them on Day 2 (link) 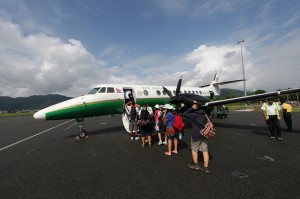 After a half-hour airplane trip from Pokhara to Kathmandu, they checked back in the Hyyat Regency Hotel. They were kindly given an hour to prepare their belongings and rest before the next trip. While in the hotel, the proteges witnessed the preparations of a wealthy family wedding at the hotel…. what an interesting experience it would be if they got the chance to attend or witness such an event!

Anyways, they left the hotel to go to a temple that’s a fifteen minute walk from the Hyyat Regency. 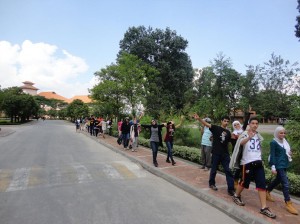 At the temple the proteges learned about the diversity of religions in Nepal and the history of each, it was beautiful how most of them simply calls for peace. Then they toured around the temple and were able to shop at the small, numerous boutiques around it. 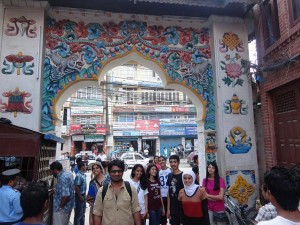 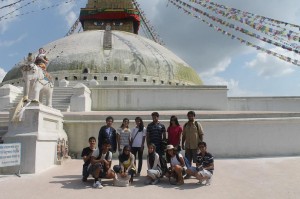 Within two hours they returned back to the hotel to rest and pack the souvenirs they have bought.  The proteges were to meet again at the lobby at 5PM. As the proteges left the hotel, they found out that the wedding rituals began. One of those rituals was dancing outside with a band of five and drums. So they did witness some of that  – Nice 😉 😀 Look how colorful the bride’s dress is! I love those cultural encounters 😀

When the groom arrived at the premises, the proteges left for their next destination. This day was Mentor Shamlan Al Bahar’s birthday…. that’s him with a big smile next to Arby, their famous tour guide 😀 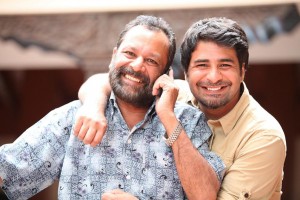 So the proteges brought in a cake and some candles to celebrate his birthday. 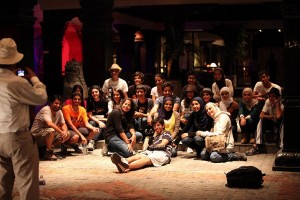 When they finished eating and celebrating, the proteges returned to the hotel. Most of the proteges agreed that this was one of the best days of their lives and guaranteed they would never forget.

One Response to The Proteges G2 – Nepal – Day 4