So! The last day of @The_Proteges trip to Nepal came! They started off early in the morning, taking a one hour airplane tour around the highest summits in Nepal which included the Holy Mountain and the highest point on earth. 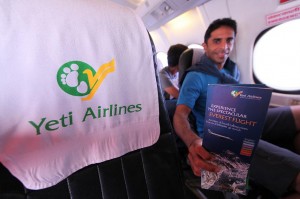 They were able to see the highest summit on earth; Mt. Everest, and eight other summits.

The Proteges preferred the Holy Mount to Mt. Everest in terms of how impressive it looked. They were lucky enough that each one of them (The Proteges, mentors, and counselors) had the opportunity to view the mountains from the captains cabin for a short while to fulfill the experience 😉 Lucky 😀 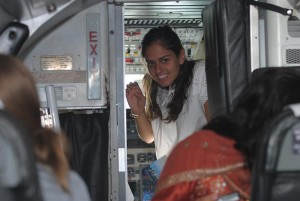 The entire ride around the summits was surreal, breathtaking and an experience to remember for sure! 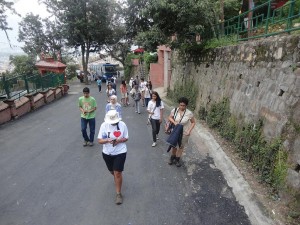 Shortly after, they all headed out for more sight seeing to a Buddhist Temple that had monkeys all around. Few of  the monkeys attacked protege Hanan Al Sarraf amongst all students. The tour guide then explained that they attack women because they assume they have fruits in their bags.

After walking around the temple, everyone headed to the bus when they saw a rubber snake and all sort of devilish ideas was rushing to their heads. Poor counselor Sharifa was their victim! Before heading back to the hotel they all stopped by an orphanage to give all the junk food mentor Ahmed Al Majed took from the proteges to the orphans. 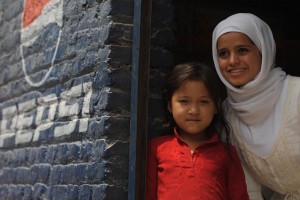 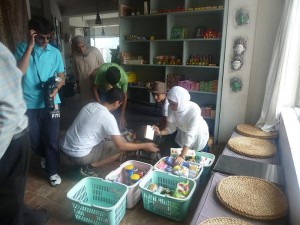 The Protégés stopped shortly for a transit at Dubai International Airport.
Ironically, Everyone ran to McDonalds! It was hilarious as they were not allowed to have any of junk food during their trip. 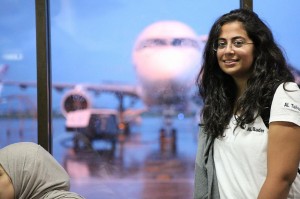 During the transit mentor Yarub Burhamah read along the Protégés Shell Silverstein’s poems. Each student used drama props to read his or her chosen Silverstein poem analyzing the meaning behind it. 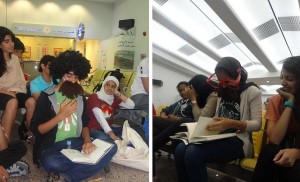 After, the protégés were asked to build a flying object from different tools he provided. The objective of the activity was to show students that they can be creative and not necessarily build the obvious-an airplane. 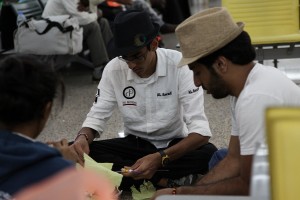 Afterwards, Everyone headed to the plane to head back to Kuwait. A trip of a life time, Nepal what a wonder!