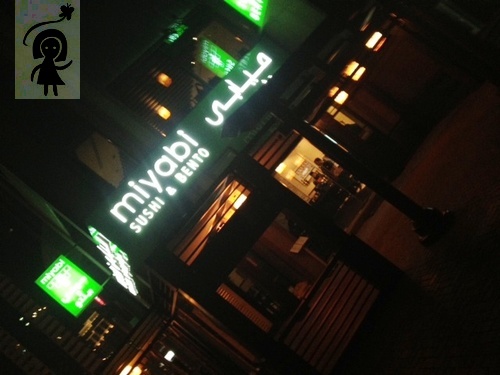 On my last night in Dubai, my cousin Sara picked me up from the hotel and we headed to Miyabi Sushi & Bento on Sheikh Zayed Road, recommended by her friend! 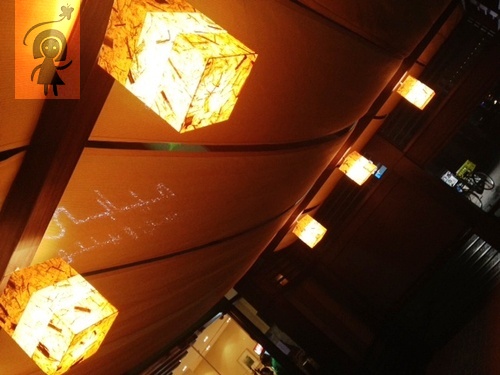 Its a cozy little restaurant tucked in on a corner next to Four Points Hotel… the seating outside is beautiful with lanterns hanging and branded with the restaurant name… the restaurant itself reminded me so much of some of the sushi restaurants in the States! Very cozy and family friendly 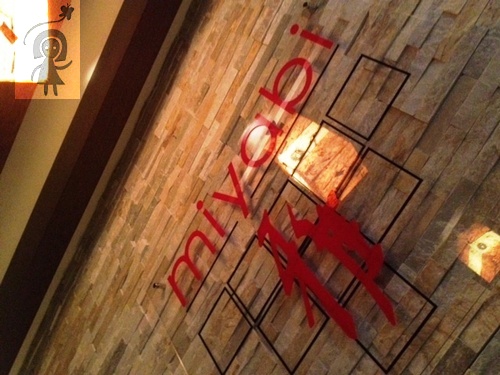 There were three tables occupied next to us, so I waited for them to leave to be able to take a picture of the restaurant… for you to get a glimpse and a feel of the place… and I believe there is an upper level for bigger parties or something 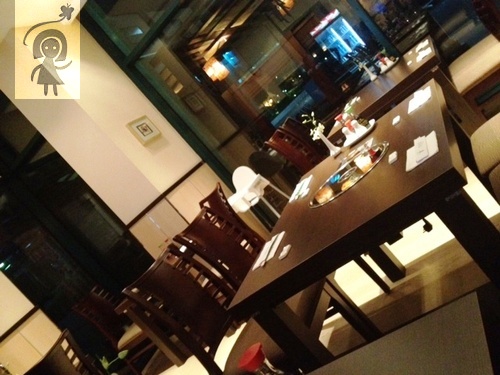 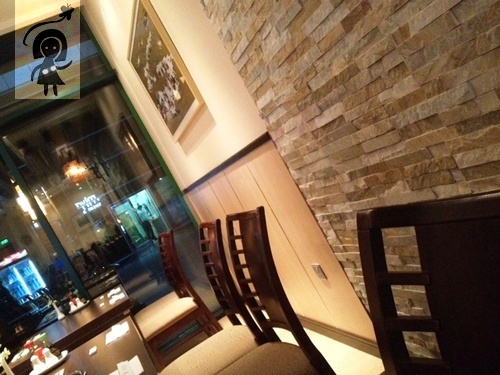 We were given menus to pick our choices… and a paper to tick’em up – very traditional Japanese way in many restaurants! Sara had some suggested items from her friends 😉 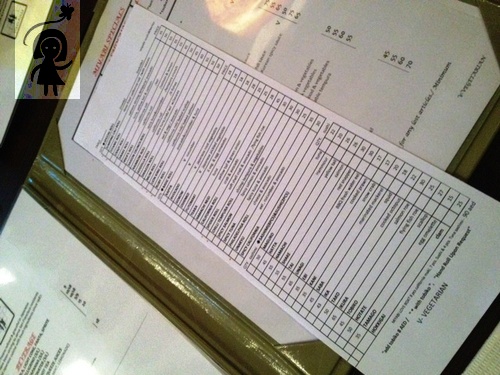 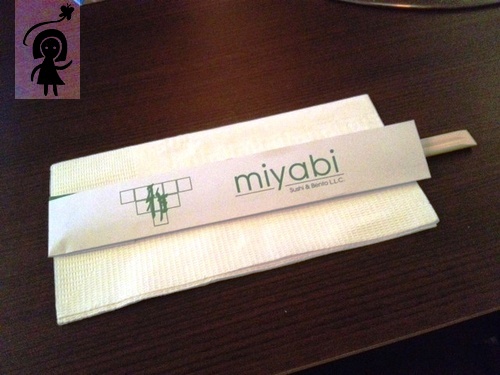 Each table has a mini oven – for some dishes to cook on table – nice, and it was built in a way that wont really bother us if we place dishes on… smart 😉 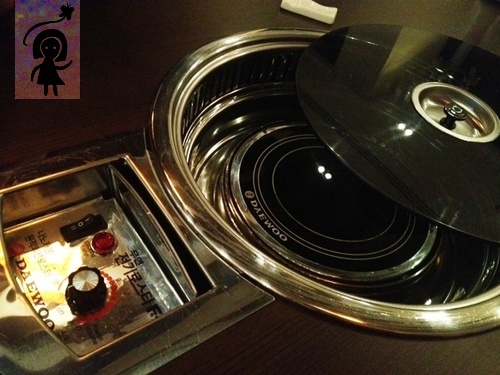 And now let’s talk food…. our first dish to arrive was salmon (shake) sashimi – fresh and buttery in texture! Just the way I like it… and how do I eat it? Well I dip it in soy sauce or in olive oil/vinegar mix, add spices (togarashi), a spread of wasabi, some ginger (gari), roll it up, and eat it – try it my way… I posted about it a while back (link) look for the rose looking rolls 😉 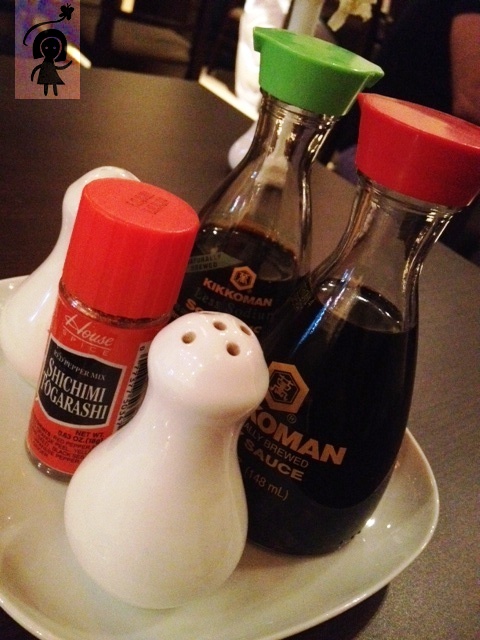 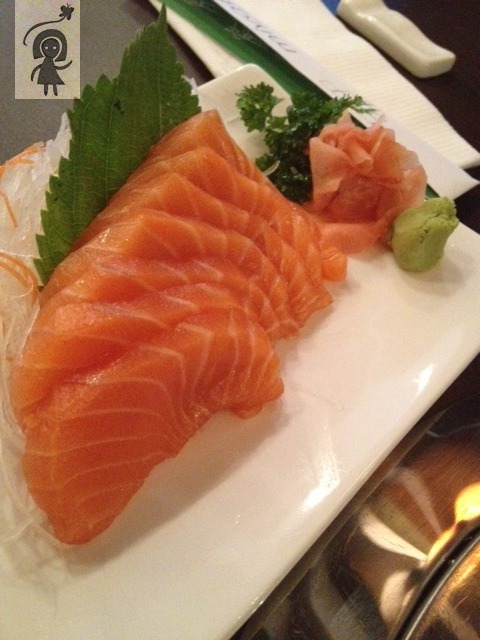 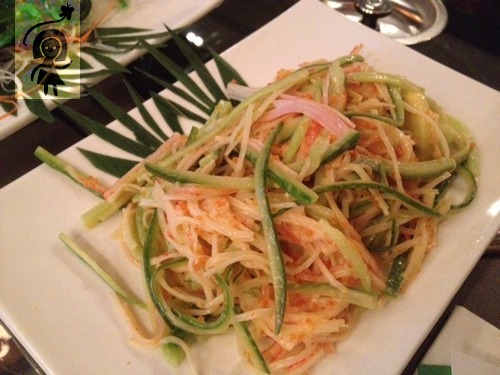 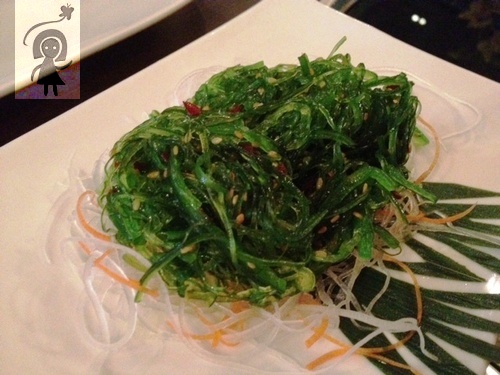 The Kani is a mix of shredded cucumbers, crab sticks, mayo based sauce, and avocados… not really into mayo and cucumber but when mixed and presented in this salad, I do not mind it all… not as heavy as I expected (because of the mayo) but the Wakame one was light as a feather 😉 Dressed just right and tasted really crisp and fresh 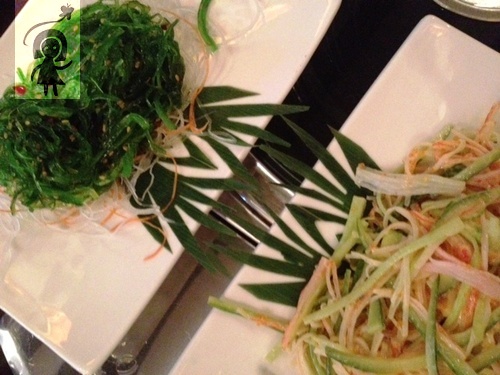 We ordered two rolls! Both are California based but with a twist and fusion! First one was Jumping California… which is prepared in a way then covered in crisp, deep fried, and voila! 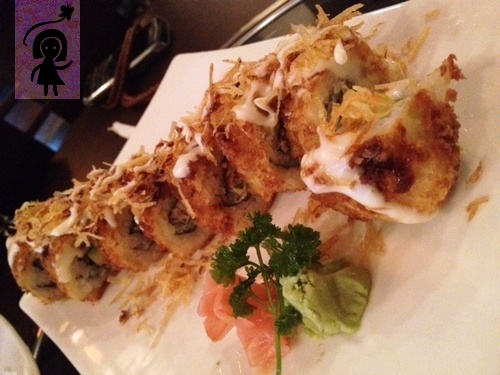 It was a bit on the heavy side… the one below is called Muni Roll… and it was really good! So much was going on on top of the rolls, but in a good way! It contained scallops, which I LOVE… great addition 😉 I highly recommended you give this one a try 😉 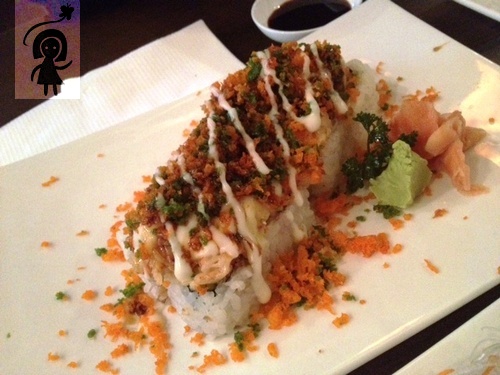 Veggie Tempuras… I know I have said that I am not a cooked veggies fan on numerous occasions, but I have a thing for vegetable tempura <3 specially the sweet potatoes – I also like the mushrooms, onions, and zucchini – lightly battered and then deep fried – such a treat 😉 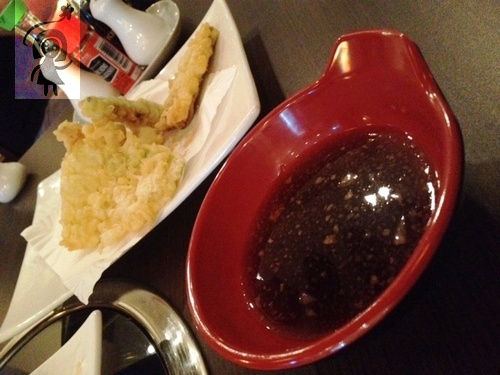 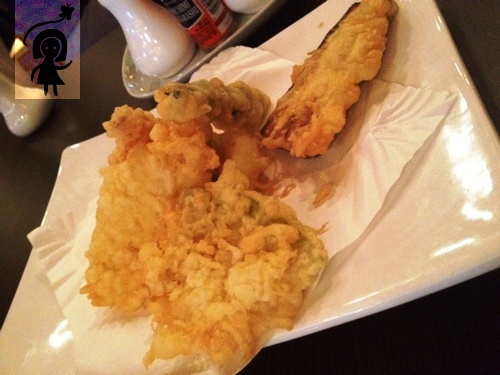 I enjoyed my meal with Japanese tea, nicely presented and complimented the taste of sushi really really well 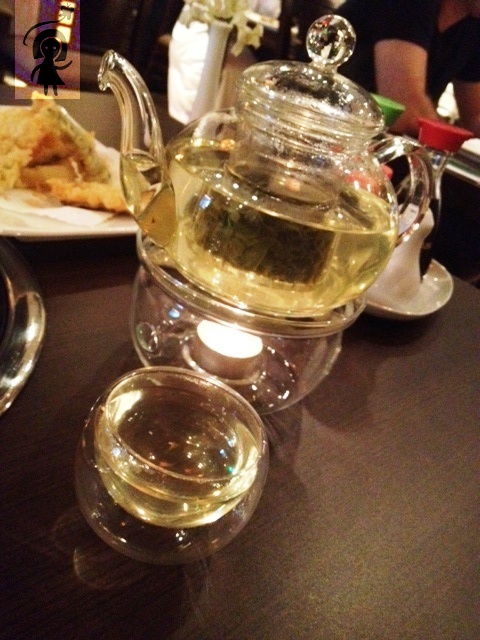 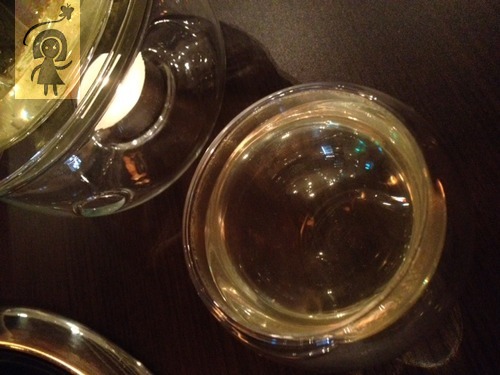 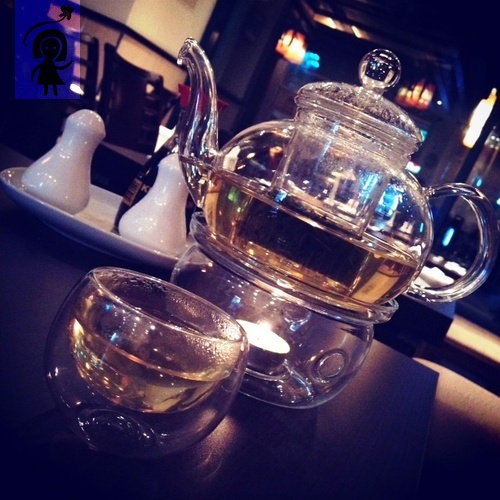 And then… THANKS to Basma and her Instagram Pictures, I made sure to leave space for some Mochi Japanese ice cream 😉 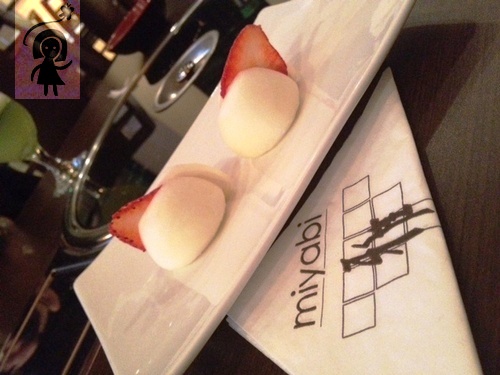 Very Japanese-y way of presentation! I saw it and I was like HELLO KITTY lol 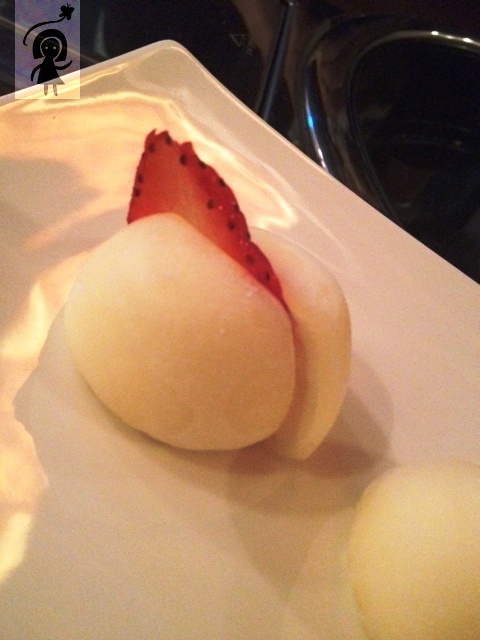 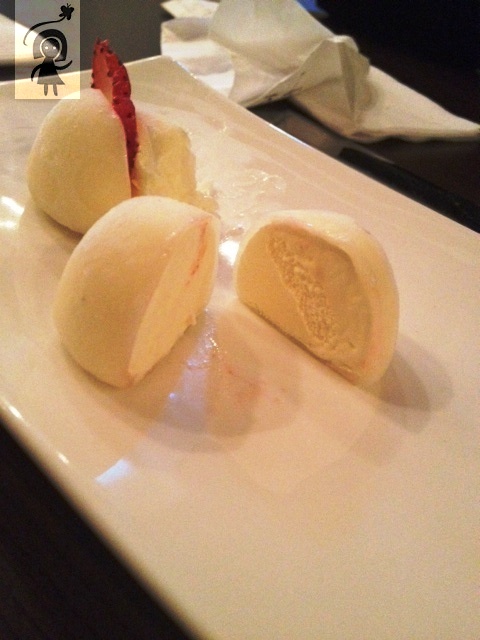