I went with Nouf A. earlier today for breakfast at the Cocoa Room 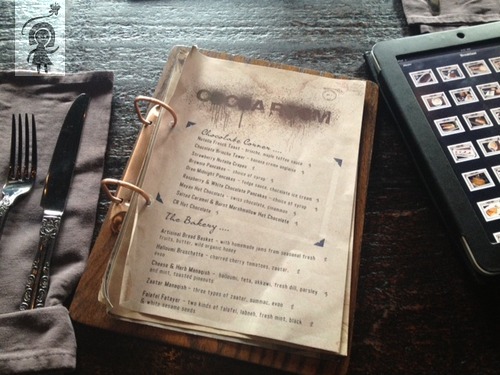 We reached the place at around 8:15AM it was semi empty – weather was nice, and I have noticed few new faces but saw the famous and friendly Vilase

I’ve noticed that they used lemon and clove as flies repellent, a subject I posted about back in 2008 (link) in which we tried at home… it works, it minimizes the attack of flies but doesnt completely repel them… anyways, Vilase surprised us with this dish right after breakfast

Tropical French Toast – an off the menu item that they are tasting to add to their menu. He wanted our opinion

I told him it is piña colada French toast and he liked that 😉 Was all fluffy and tropical-esque in taste 😉 The toast used is so fleshy and big. The pineapples were cubed into small pieces, wonder if they were toasted as well… because the coconut shavings were and it added to the flavor!

Cocoa Room is located in Kuwait City, opposite AlSeef Palace, and their tel is 22465049

This entry was posted in REVIEWS and tagged Breakfast, Food, Review, Tips. Bookmark the permalink.

One Response to Breakfast at @CocoaRoom_