A Night Tour at @DFCDubai

During my Dubai trip earlier this month, my cousin Laila from Dubai wanted to grab a quick bite with me on a quite night during my stay… I gladly accepted because Laila and I can go on and on and talk about various things without getting bored of each other, plus we have lots of things in common and very similar taste in general… as soon as I got in her car, I told her to decide where we were going, and she said Dubai Festival City. It was my first time ever to go to Dubai Festival City, I have no idea why I have not passed by before during my earlier trips to Dubai! Its a BEAUTIFUL place. Before going into the shopping center, we took a drive in the city itself… a beautiful 1,300 acre, premier waterfront urban community, that Laila described as Singapore of the GCC, designed to capture the ground breaking 21st century spirit of Dubai… and boy how lovely it is. It is green, clean, and very lively. The shopping festival and the range of restaurants in the area, and entertainment theme park, the residential area, schools, health care centers, commercial offices, and a 24/7 city management. The city is formed by three distinctive districts; Marsa Al Khor, Festival Centre and Al Badia which are connected by an impressive 30 kilometre internal road network and a wide creek side promenade 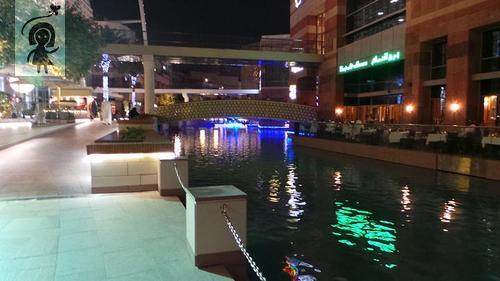 The shopping center is located on the creek side of the city, which is developed by AlFuttaim Group 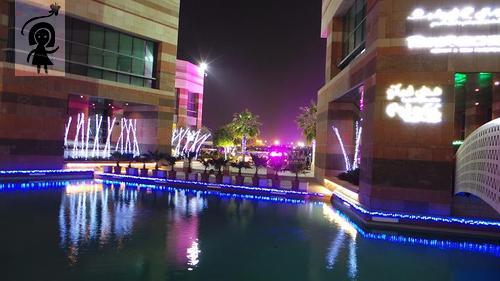 We walked around the mall, shopped a little, and went outside to the Khour area… beautifully lit with festive lights 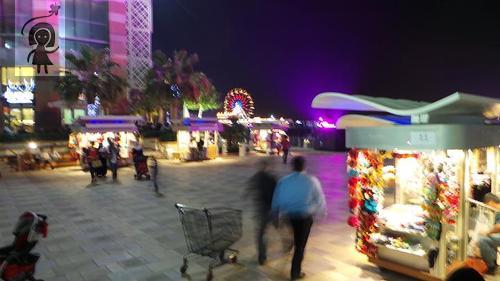 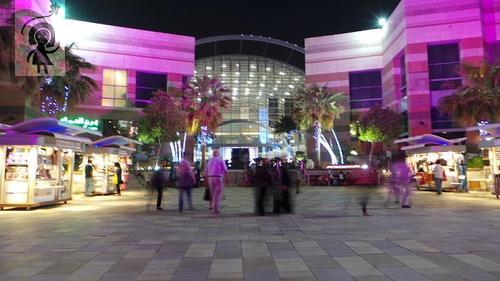 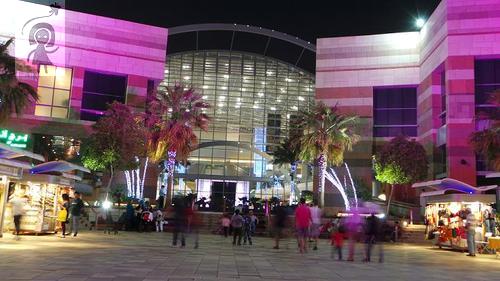 They have live fireworks show every Friday at 10:00PM it seems 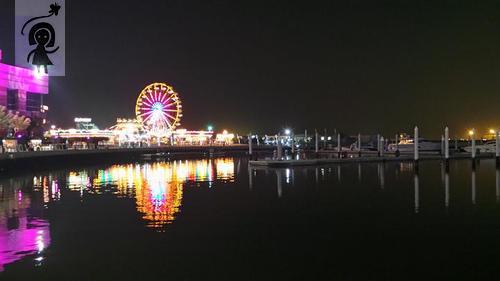 We ended up having dinner at Burj AlHamam 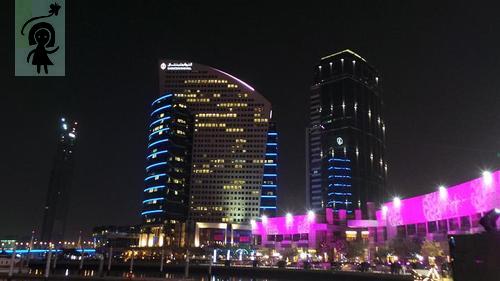 This entry was posted in TRAVELS and tagged Dubai, Family, Sites, UAE. Bookmark the permalink.

2 Responses to A Night Tour at @DFCDubai