These pictures of an attack on Palestinian woman have been circulating around the net and instant messages the past couple of days! 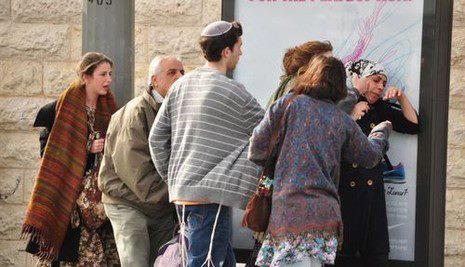 It looks like a group attack on the poor lady! She was waiting at a light rail station in Kiryat Moshe capital, Jerusalem. It started when an ultra religious Jewish woman passed by her and punched her -for no apparent reason- in the face! Other women and people in the area joined in with the assailant and started to beat the Palestinian woman!!! 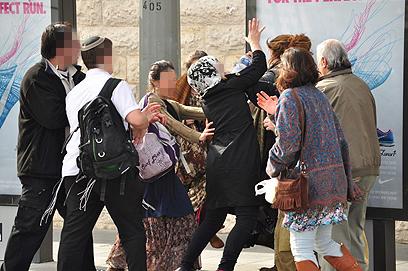 It looks like she was trying to defend herself, but she was outnumbered 🙁 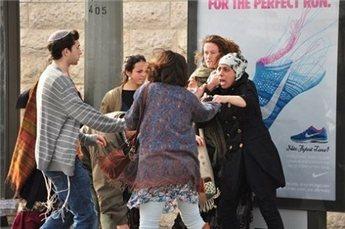 I dont know how such violent act erupted, but the pictures say it all! An example of a Palestinian, a civilian, under the Israeli occupation!

This entry was posted in General and tagged Israel, News, Palestine, Politics, Problems. Bookmark the permalink.