Its Just a Couple of Hundreds Fills!!!! 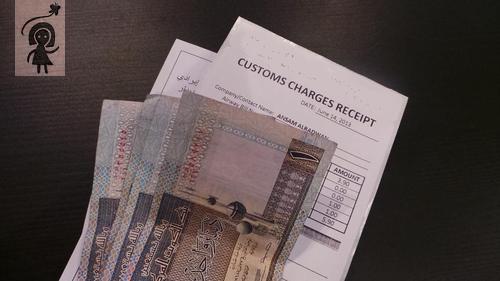 I have been facing the same problem for the past couple of weeks! It started of when I ordered some accessories from a home business who deals with one of the delivery companies in Kuwait. She told me to add KD2 to the order, as delivery charge. I left the exact change at home and told our house help to pay it when the order gets delivered to our house. I came back home and they told me the driver requested KD2.500 for delivery and refused to give any receipt. I contacted the business owner who was very embarrassed about it and assured me it was KD2 and it should have been given with a receipt. I told her I just wanted to inform her to deal with the delivery company. That same afternoon, I got a call from the delivery company head office explaining how sorry they were! Shortly after, one of our house help came to me and said that same driver came back with that half KD!

My second encounter was at one of the newly opened cafes in The Avenues mall. No matter how fancy the facade is, how classy the name should be, I got my bill for KD16.900. I paid KD20 and got only KD3 back… Not KD3.100! I usually do not like it when they play dumb, or just act as if it was normal… they can tell me they are out of cash for example (how classy for such cafe), but they didnt… and I totally ignored it and left

Third incident happened with an international delivery company! My receipt for customs was KD5.900 – I gave our house help KD10 and told her that he should give her back KD4.100. The agent just refused it was KD5.900 and kept saying to her its KD6 and gave her only KD4 back! I know it was just ONE HUNDRED FILS! I was furious because he was rude to our house help and he insisted that it was KD6! I called their hotline immediately, gave them my tracking order and told them I do not want this 100 fils back, but it is wrong what they are doing…. specially with a BIG name like theirs! The agent on the phone was super nice and helpful. He talked to the driver and called me back and said he was just going to the gas station to get me change! I mean seriously!?

This is just getting ridiculous! I mean it happen to me as an individual three times so far in the past couple of weeks! I wonder if anyone is facing the same problem here? Its small monetary amounts, correct… but its not right! What do you guys think? Are you facing similar problems?

This entry was posted in General and tagged Problem, Problems. Bookmark the permalink.

9 Responses to Its Just a Couple of Hundreds Fills!!!!