I was picked as one of the bloggers to tour Istanbul with Turkish Airlines via  ASDA’A Burson-Marsteller Company (based in Dubai) earlier last month, and it was one of the most memorable and enjoyable short trips I have ever taken! I got the chance to meet wonderful people and make new friends from Asdaa, bloggers, and Turkish Airlines! It was a beautiful mix and I enjoyed every bit of it! The trip was very well organized! On one hand… Ruba, my contact person in Asdaa Dubai, kept in touch with me and all the travelers giving us all details needed; Visa information, weather to expect, hotel reservations, what to bring and so on.  On the other hand, Asdaa branch in Kuwait called me the day before the trip to check if everything was okay and to give me the phone number of the Turkish Airline representatives that were going to be in the airport waiting for me before my flight 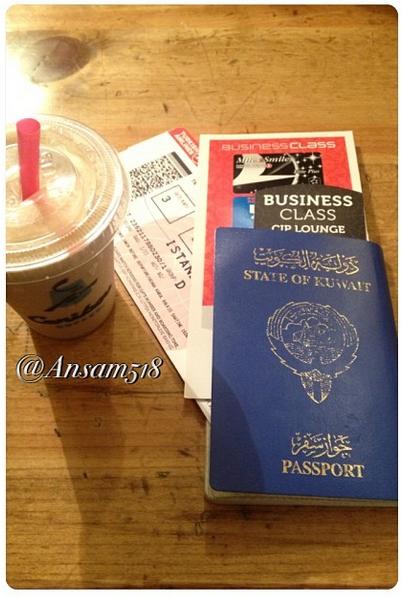 On November 21st, really in the early hours of the day, I went to the airport with my parents. Mr. Omar Tahhan of Turkish Airlines kept in touch with me via text messages to see if everything was okay, and told me to ask for Mr. Sezai at the airport to help me with everything. I honestly did the whole check-in on my own! I did not want to call the representatives, just to get an honest review! It all went smoothly, and the minute my I was done, I asked for both Mr. Sezai who was expecting me and asked me why I havent called him! He walked with us to the customs point to say goodbye and told me he was gonna check on me one last time after boarding! After saying goodbye to my parents I went to the Pearl Lounge and waited for my flight. I was so sleepy I basically sat on the couches and checked some magazines out. Hello Mr. Sami Diet 😉 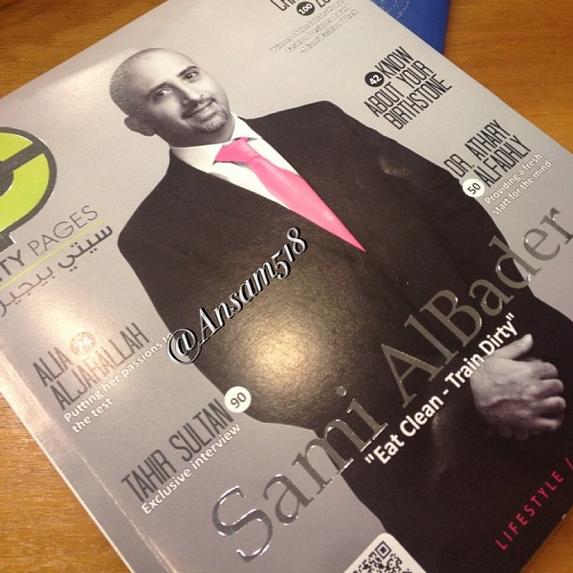 And they finally called for boarding! 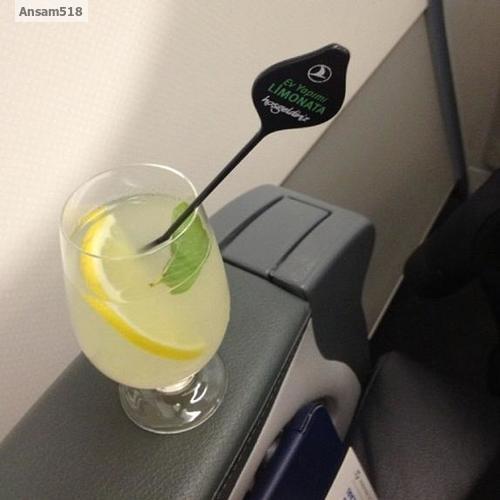 First things first… after I got settled, Mr. Sezai came to my seat and asked me if I wanted or needed anything before flight, but everything was fine! I was waiting impatiently to arrive actually! Refreshments were served by a chef! Yes a flying chef on board with us on Turkish Airlines! I have not seen them before on board, it must be something new! 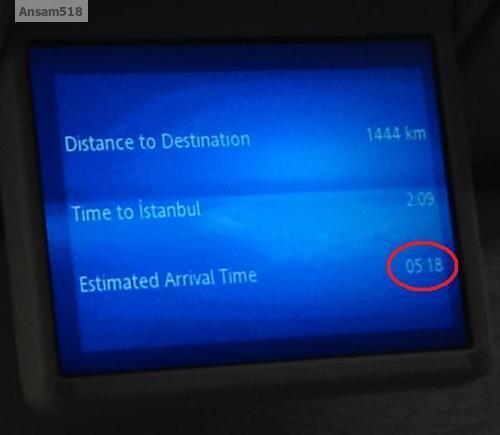 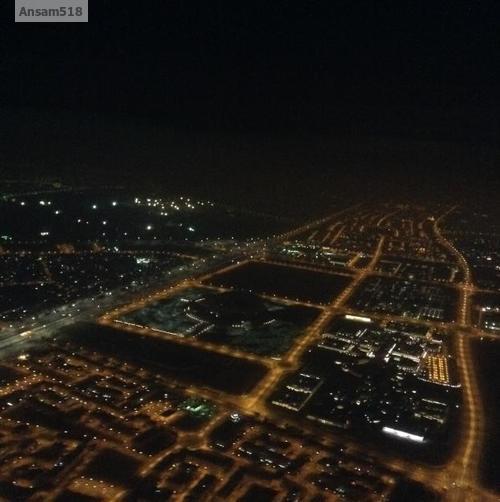 And of we go! After take off, we were handed menus! I wasn’t really hungry 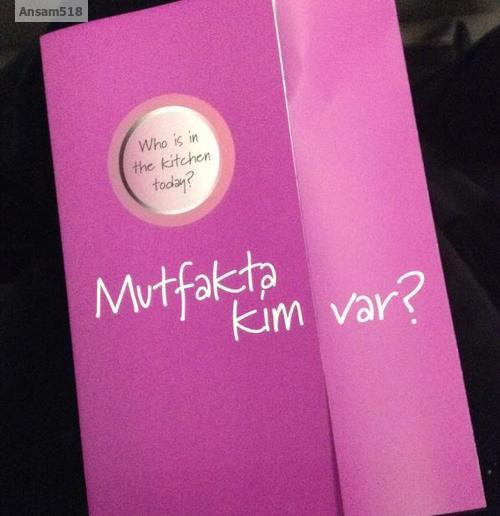 So who’s in the kitchen today? Yes! The flying chefs are newly introduced to Turkish Airlines. They are thinking of it as restaurants above the clouds 😉 As I said I was not really hungry, but our sweet flying chef convinced me to try the eggs. It was hard to say no to her smiles So I gave in and my breakfast was served 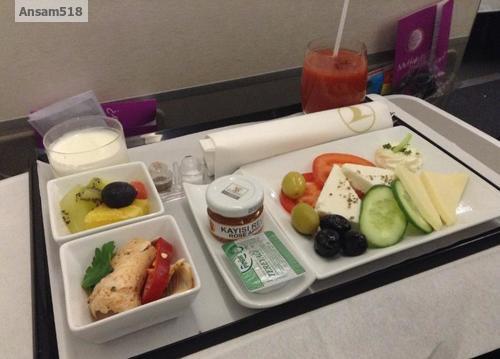 The starters consisted of freshly made yogurt, fruit salad, sliced chicken, white cheese and veggies platter. I liked it even more than my eggs! As I said I wasn’t hungry but I gave my omlette a try, and it wasn’t bad at all for airplane food! 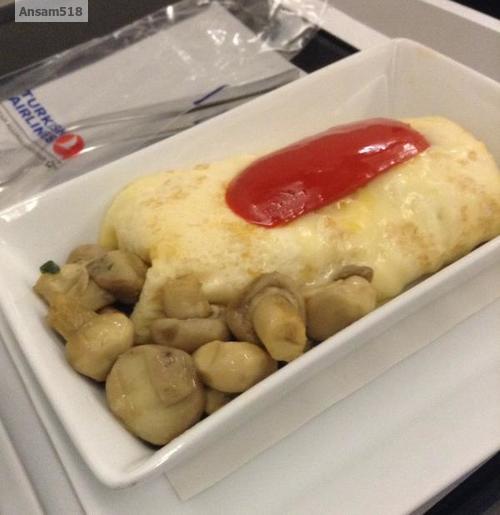 About half an hour later, she suggested that I try her Turkish coffee with some Turkish delights! I say no to coffee now do I? 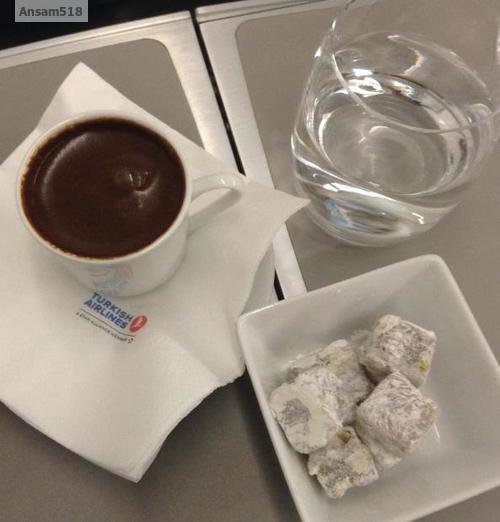 And with some hazelnuts too 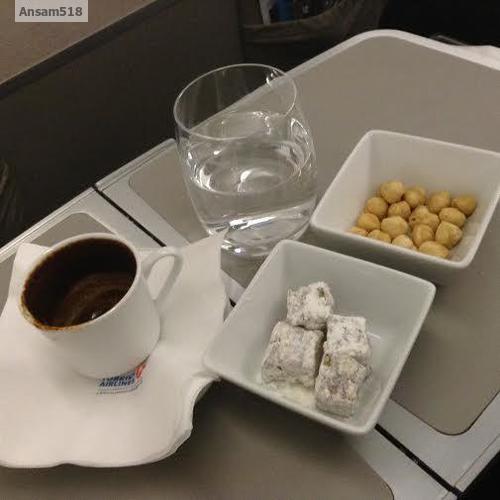 During the trip the stewardess and the flying chef both came and asked me why I was taking so many pictures, and when I explained I was invited by Turkish Airlines to review and visit Istanbul they asked why I haven’t informed them! I mean they were nice enough with everything that I really did not need to bring it to their attention, nor am I the kind of person who would grab the attention of service providers by telling them I am a blogger, but I was really impressed that they did not know! They were really nice to me and all the passengers during the trip. Anyways…. we arrived Istanbul at around 5:20AM in the morning… stay tuned for my next post 😉