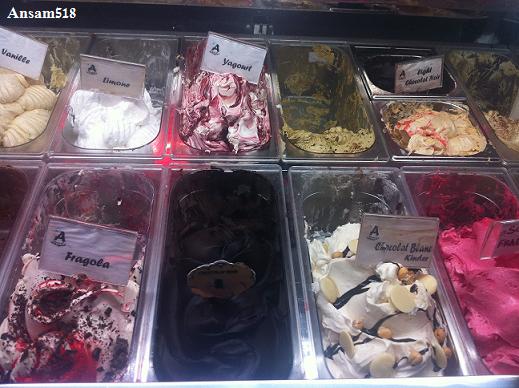 But I ordered one scoop of frozen yogurt. They have more than one flavor, but at the time I went (close to closing time) they only had the one swirled with strawberry sauce. 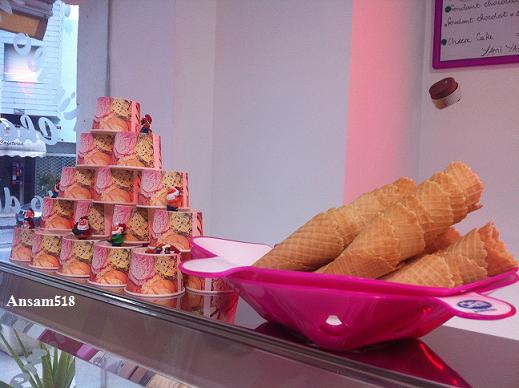 The sales guy asked me if I wanted mine in a cup or a cone, I asked for a cup and when I paid, he did not have change.. he was like “You take picture while I go get some change” in a very sarcastic way! I was puzzled… maybe it is lost in translation? Maybe he is just being nice? I did not care less and went ahead and snapped some more pictures 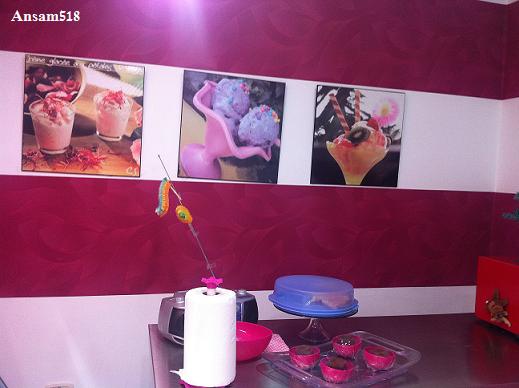 The store is tiny and is decorated with hot pink and white all over with some hanged pictures of their products and specials… another corner was there with baked goods and a small boombox!

He came back with my change, and I left with my cup!

The taste? A bit on the sour side… creamy in texture, a bit heavy creamy! I love frozen yogurt so much but I prefer the lighter version I guess! The taste of this one was not far away from the taste of regular ice cream, with a bit of yogurt sourness… Come to think about it, I wish I had went for a scoop of vanilla in a cone 😛

Cannot even remember the price I paid, but it wasn’t expensive at all 😉