After our quick tour at Ruins of St. Paul’s we headed to the hotels/casinos area 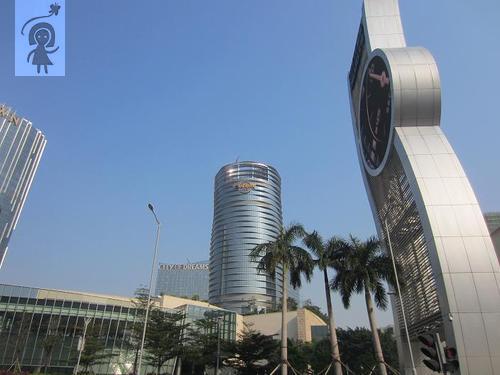 That was our drop-off point! The tour guide job has ended and we’re on our own! He pointed out the City of Dreams Hotel to us so we know where to head when its time for our show; The House of Dancing Water. We had plenty of time before the show so we decided to just go roam around the hotels and go shopping 😉 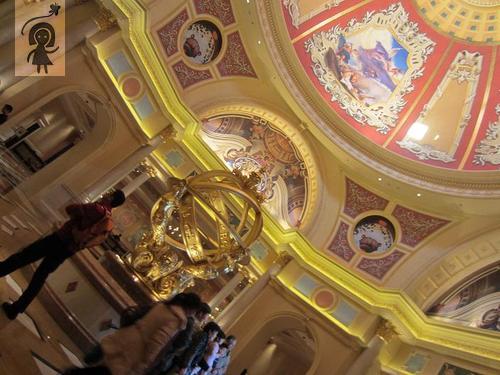 As you can see.. the hotel names, buildings, atmosphere… are so alike to the ones in Las Vegas! The gambling industry had been there since early 1960s, but operating under a government-issued monopoly, which ended in 2002 – when several casino owners from Las Vegas attempted to enter that market! 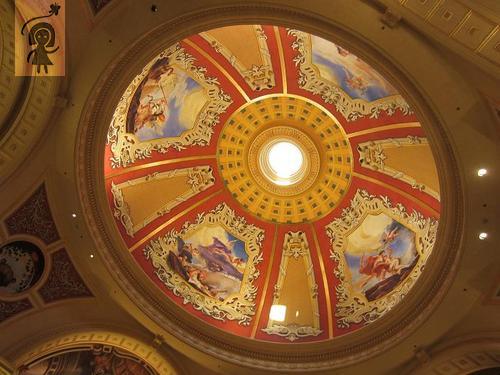 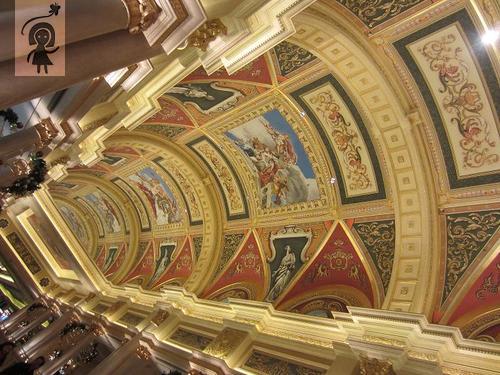 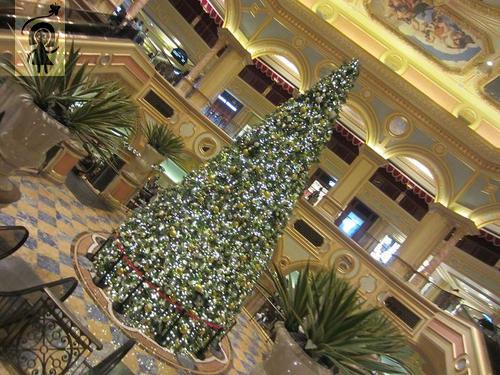 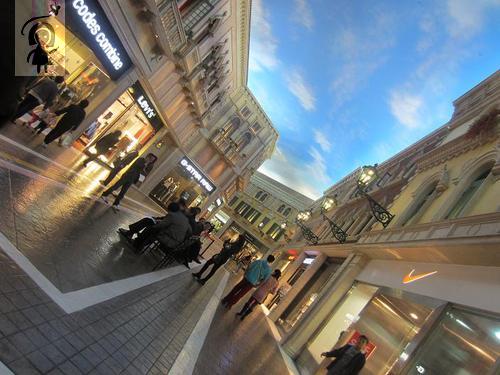 The Venetian Macau is just an example here! It opened up there in 2007 and was at the time the second largest building in the world by floor space – now its the sixth! 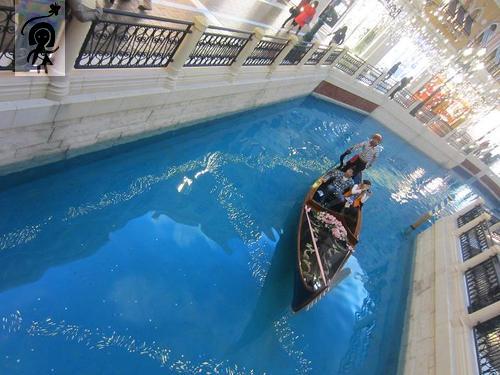 We went from one hotel to another – shopping was AMAZING, but more expensive than the usual! If you are looking into buying international brands, do not do the same mistake we did! They are selling at higher prices in Macau (and Hong Kong as well) 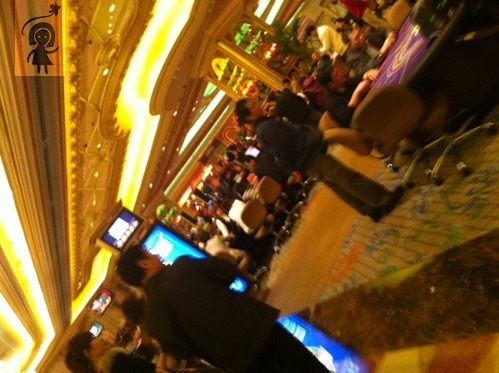 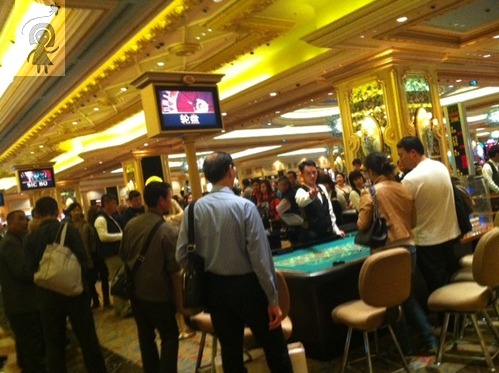 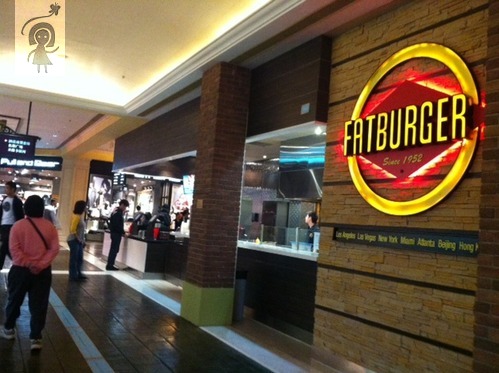 We stopped at a place called Pizza Pizza in the food court of The Venetian, and ordered a Garlic Mushroom Pizza 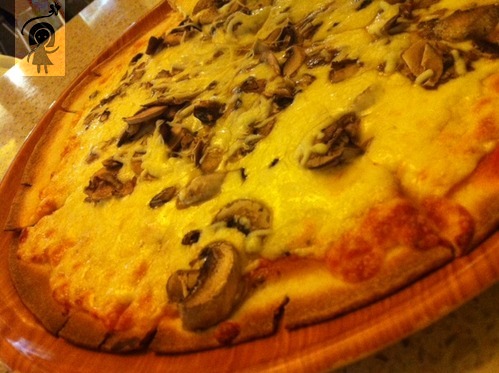 Glad we did! The pizza was thin and fresh out of the oven… flavorful – just right – Cheese was fresh and when you take a slice up thats what happens below! Ma Ma Mia 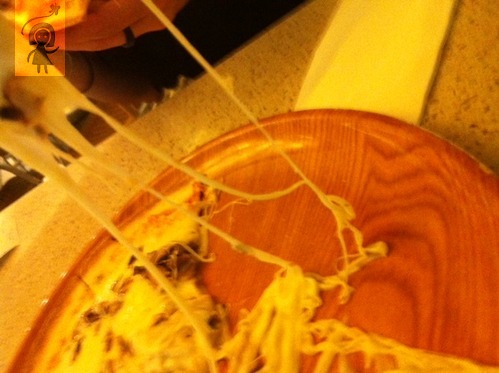 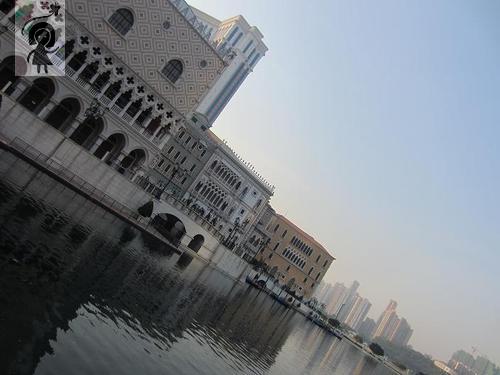 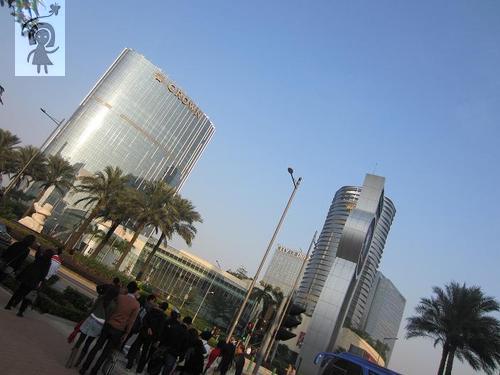 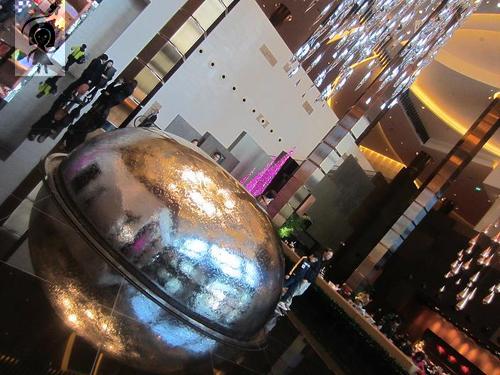 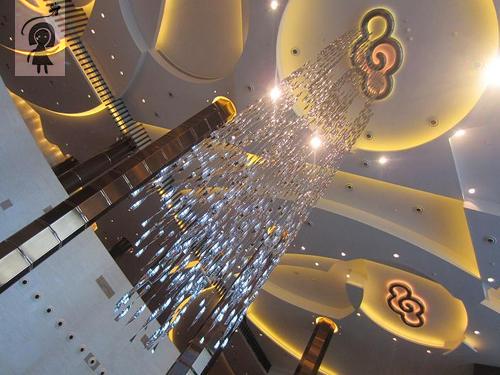 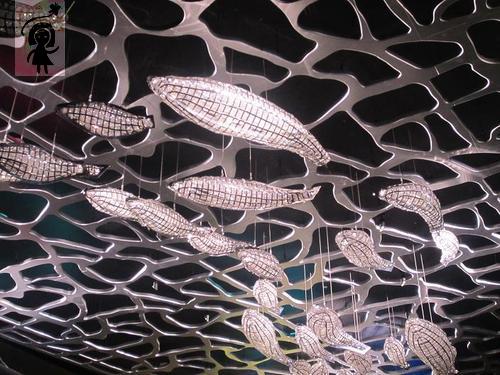 And heading to the City of Dreams now 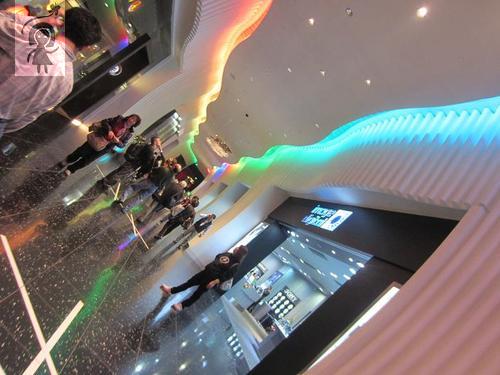 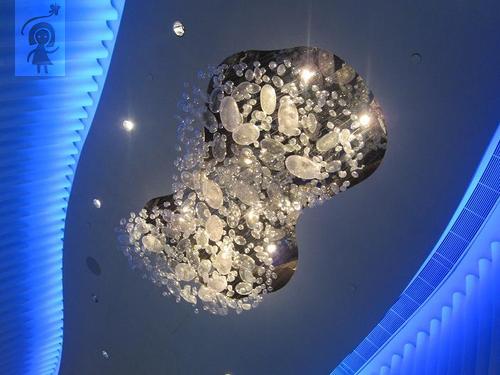 And the show is about to start 😉 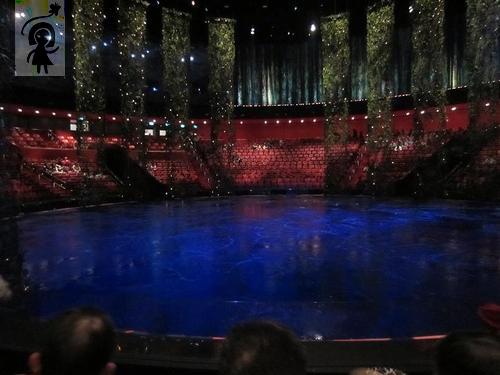