Yesterday, Dana N. and I decided to have breakfast out… Initially we wanted Prime & Toast. I arrived few minutes earlier than her, and saw the staff of Pizzetta! I asked them if they were open for breakfast since I have seen some pictures posted on their Instagram account and they were very welcoming. It was semi early in the morning, weather was nice so I called Dana and asked her if she want to try Pizzetta for breakfast instead! Being the adventurous friend that she is, she said yes, let’s try it out! At the time, we were the only customers there… everyone else was heading to Cocoa Room, Prime & Toast, and Milk 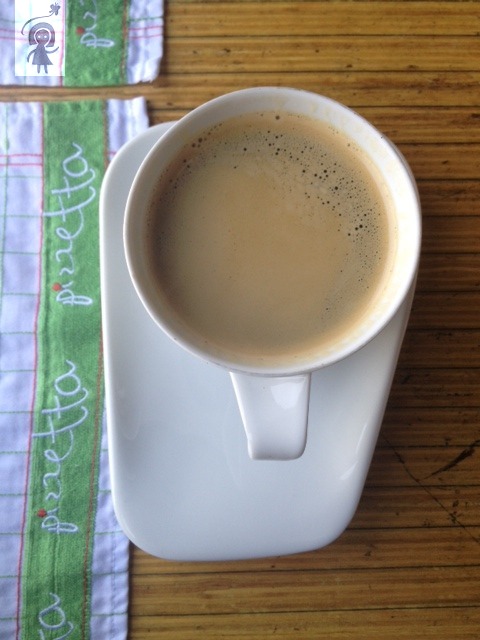 For drinks, I ordered American Coffee, D ordered skinny Cappuccino. I love American coffee, and the one in Pizzetta is way better than the one served in Prime & Toast.. as I mentioned before in earlier posts, I LOVE Prime & Toast breakfast, but their black coffee have a burnt taste! The one in Pizzetta, although both under the same company and management, tasted way better and fresher! Dana’s cappuccino was foamy on top, and light as a feather. She explained, it is different, but the good kind of different… and lighter in taste 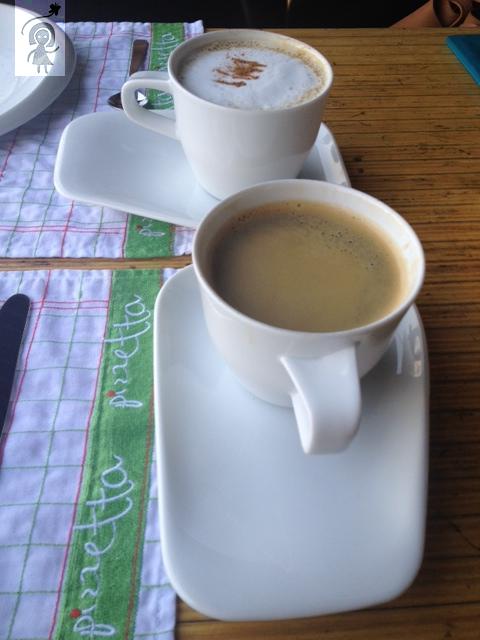 We browsed through the menu of their breakfast and brunch! It basically contains various breakfast pizzettas, eggs your way, and some other breakfast dishes they prepare.. I spotted “Croque Monsieur” and decided to ask them if they can “upgrade” it to “Croque Madame”! They were not sure what Croque Madame was… so I explained that it is the same exact dish with a sunny side up egg on top! They were very flexible with it and asked the chef who did not mind it at all.. D ordered a Baked Egg dish with asparagus and spinach. 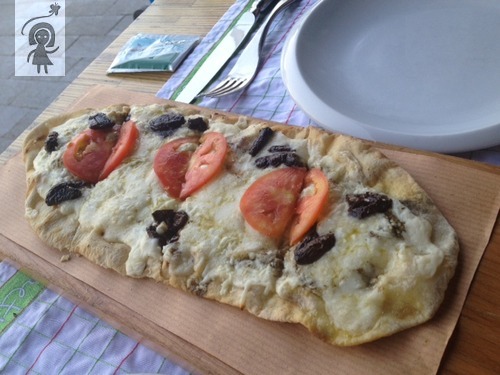 Because our order took a bit long to prepare, they surprised us with a complimentary breakfast pizzetta on our table! Crisp thin crust with stringy cheese, fresh tomatoes and black olives! It was an amazing dish… we did not finish that up because we wanted to save some room for our main breakfast dishes! Nevertheless, it was a nice gesture 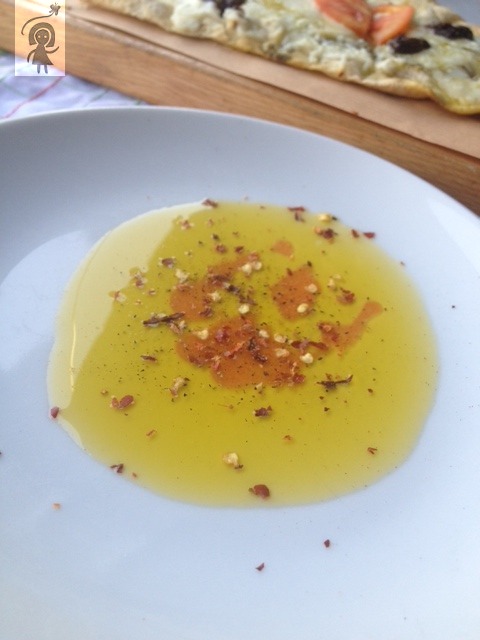 On my side dish I played around with the condiments to make a side dip for…. well basically all the dishes I was about to have! I had it with the pizzetta, my main course, and the crispy bread slices on the table (olive oil, chili flakes, Tabasco, and S&P) 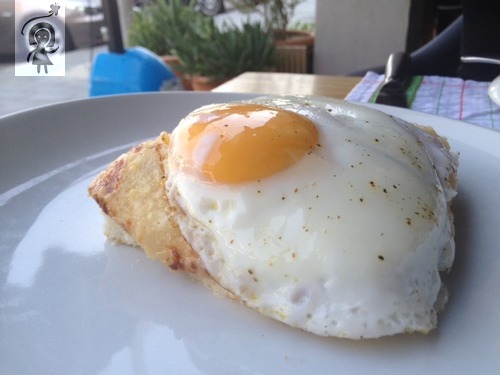 And my Croque Madame! Again, I am happy they were flexible to turn my monsieur to madame 😉 I have asked other restaurants to do so with Croque Monsieur and this is the first restaurant in Kuwait to agree 😀 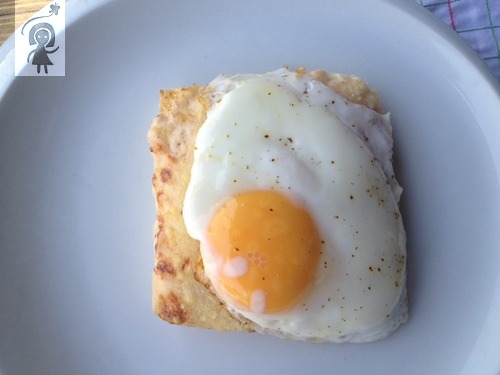 The portion of this dish is a bit small, but very filling.. its a hearty sandwich, and with that fried egg on top, it was more than enough for me! I loved it! It was a fine yummy sandwich.. Come to think about it, it is made of simple sandwich with a fancy name made of simple ingredients, really.. but the turn out is just fab! Crustless buttered toasted bread with cheese, turkey, and bechamel sauce… topped with an egg as an upgrade. Oh la la 😉 (though Paul’s Croque Monsieur is still my #1 choice) 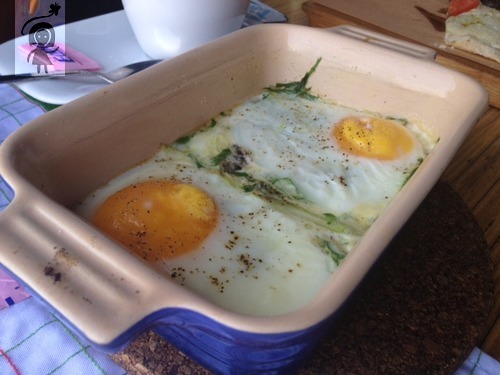 D’s baked eggs! She said it was so good and asked me to try it out, but I was busy with my sandwich! 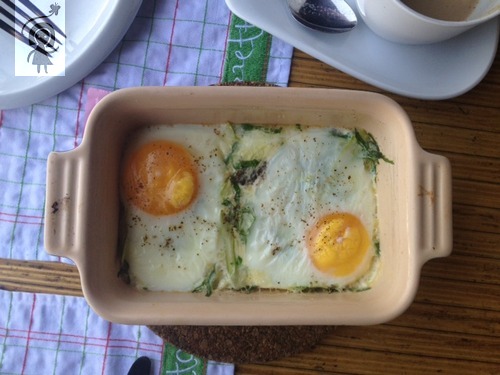 One of the things she liked was the portion also! She was like two eggs is always enough, as many restaurants we know will get you your order with three eggs 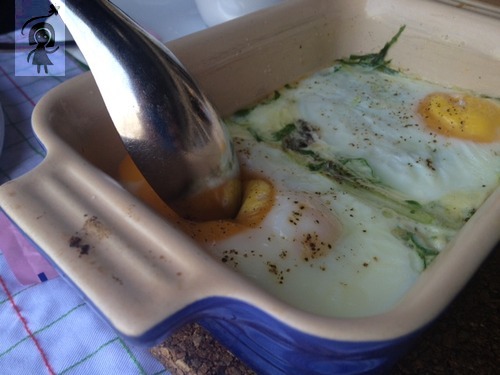 Although baked, the yolks were still runny… a must, isn’t it? 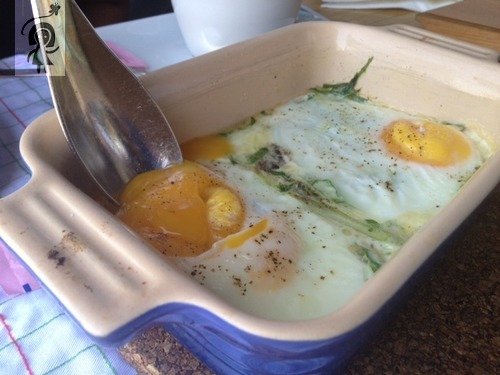 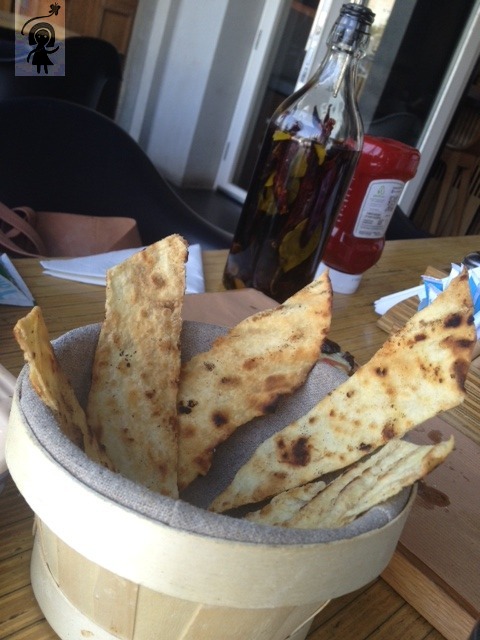 We were so full, but they came in with another complimentary surprise for us! Their famous chocolate bread pudding! 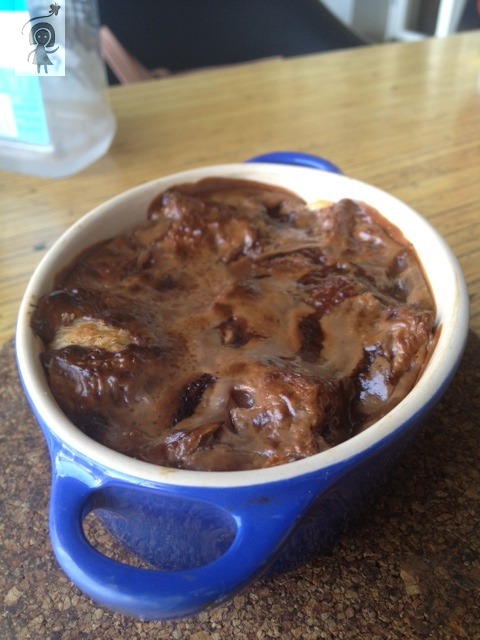 Around this time, we ran into one of the company’s managers, Mr. Joseph Rizk, who asked us to take a bite, and then add melted marshmallows on top to decide which one we liked better! We tried it without, and it was divine! The marshmallow added a sweet kick to it… but a bit too sweet! I would order it without’em 😉 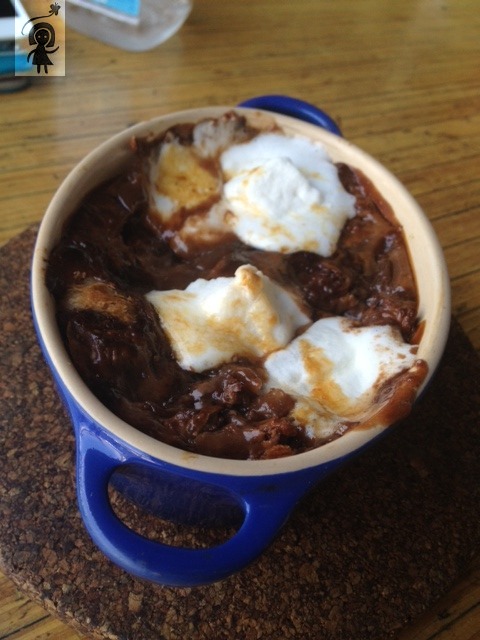 Pizzetta breakfast is highly recommended, by the time we left, some customers came in.. more towards Prime & Toast, but I honestly recommend that you drop by and give it a try! I wonder why they are not marketing their breakfast more! I really enjoyed it and I will definitely go again and again 😉

Pizzetta is located in the restaurants’ strip opposite AlSeef Palace, and in Spoons Complex in Mahboula. Their Tel # are 22458293-22253310

5 Responses to Breakfast at @Pizzetta_